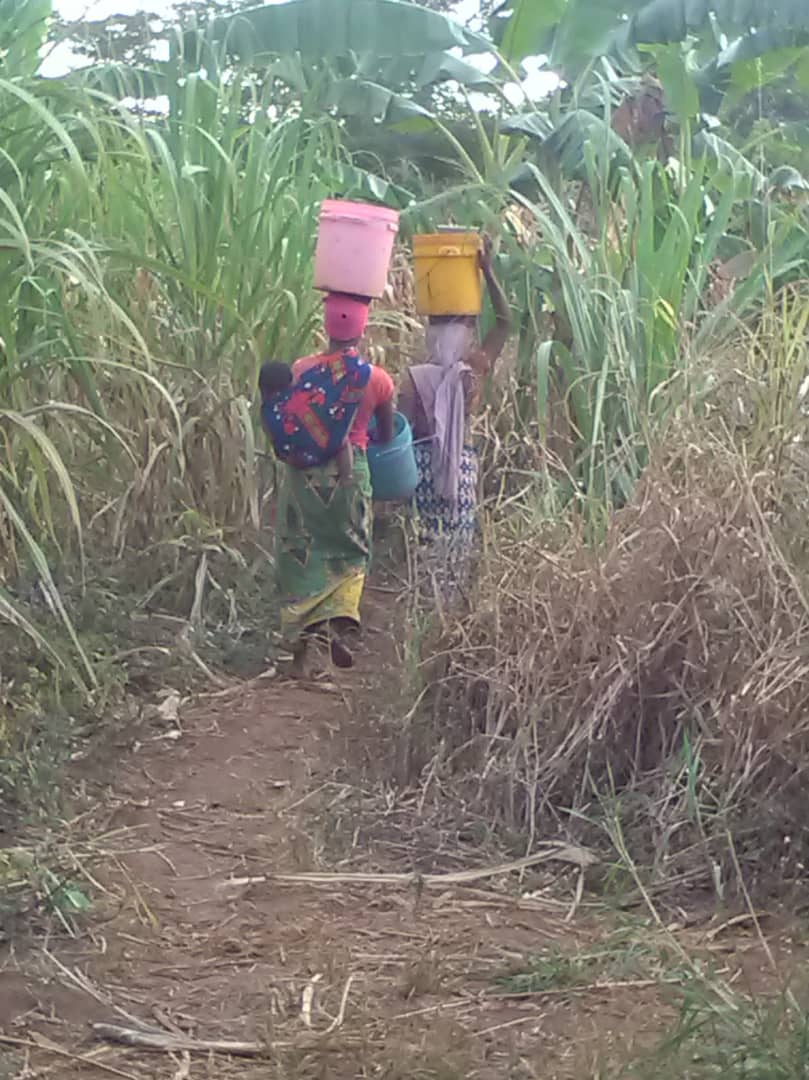 Water scarcity as condition occurs where demand of fresh water exceeds a supply of it. Thus availability, accessibility and affordability of fresh, clean, safe and reliable water become a challenge and it covers both the aspects of quantity and quality.

The problem can be naturally caused or human-made for instance the current variable weather and climatic pattern which is the global problem. The issue of water scarcity is accelerated by the ever-growing population who are the notable consumers of water especially in big town and cities as well as in rural areas. Water scarcity as a phenomenon result from competing uses over the resources due to domestic and industrial uses. Thus there is growing demand over resources by most of the sectors like agriculture, industries, energy sector and many others, thus eventually lead to water scarcity since the demand is higher than the supply of water as a resource. In other areas, the lack of water is a more profound problem. There simply isn’t enough. That is known as Physical scarcity. Economic scarcity occurs when water can be found but simply requires more resources to do it. This problem is common in developing world, finding a reliable source of safe water is often time-consuming and expensive.

In Tanzania there is enough freshwater for 50 million people but it is unevenly distributed and too much of it is wasted, polluted and unsustainably managed. Tanzania is facing a water crisis, due to unequal distribution resulting in some very wet locations such as Mbeya, Kilimanjaro, Morogoro, Tanga  etc; and some very dry geographic locations such as Dodoma, Tabora, Singida,etc, plus a sharp rise in freshwater demand in recent decades driven by industrialization. Water scarcity can also be caused by droughts, lack of rainfall, or pollution. In some places, it is simply dry. Water is hard to find. In others, this most critical need is literally only a few feet below ground waiting to sustain life.

When waters run dry, people can’t get enough to drink, wash, or feed crops, and economic slump may occur. In addition, inadequate sanitation a problem for millions of people in Tanzania can lead to deadly diarrheal diseases, including cholera and typhoid fever, and other water-borne illnesses. Population increase, especially in coastal urban areas, is placing further pressure on water supplies.

Over 20 millions of people in Tanzania are facing water crisis issue that is about a half of Tanzania population stricken by this problem in both urban and rural areas especial on semi-arid and arid regions where the condition is chronic.

As per 2004 report by WHO , one out of six people lack access to safe drinking water in Tanzania. The problem is worse recently due to population explosion of about 50 million people and growing economy which increase the competing uses over the resource.

Over half of Tanzania population lives in improper sanitation due to water scarcity. That is to say people have no access or even afford the improved sanitation notably unimproved latrine conditions and the problem is much worse when supply of water is inadequate.

Tanzania governments have tended to invest heavily in largely inefficient solutions to meet the standard water demand. mega-projects like dams, aqueducts, pipelines and water reservoirs, which are generally neither environmentally sustainable nor economically viable. Recently in big cities like Dar es salaam and Arusha there are ongoing water projects financed by World Bank to Water authorities such as DAWASCO, AUWSSA etc; hence enhance the water supply in these Urban areas.

Water scarcity has brought adversities on the following aspects

When students are freed from gathering water, they return to class. With improper and unsafe latrines, girls cant stay in school through their teenage years. Attendance at schools drops especially in rural areas and makes academic performance poor. The problem affects most of the girls at school.

During this time women and children wake up earlier in the morning and walk for long distances to fetch water. This chronic water shortage causes a serious concern. Studies show that in rural Tanzania people walking up to 3 km daily in search of water from public taps where available, or natural streams and carrying heavy containers, add buckets on their heads of about 20 to 25 litres. Furthermore they gathering it from unsafe sources like rivers, canals, ponds, and unprotected structures like hand-dug wells and natural springs.

Water scarcity is adverse to health for instance due to unsafe water, time lost to sickness and people cant get back to the work and fighting poverty. People are practicing whats called open defecation, the act of defecating in fields, forests, or along the countryside. Water-borne illnesses, such as malaria and cholera “account for over half of the diseases affecting the population in Tanzania especially children less than 5 age,” because people don’t have access to sanitary options.

Most of the people from rural areas pollute the sources of water like rivers, springs, ponds and many others. For instance the Maasai pastoralists who are used to walk long distance to fetch water and pastures i.e. they put more priority on the animals rather than human being. So the availability of fresh water being so challengeable to the people who rely on these kind of sources. In villages whereby people cant adopt life-saving health practices like hand washing and using a bathroom outdoors rather than indoor, practices like these accelerating water contamination. In both rural and urban areas children are suffering from epidemics of infectious waterborne diseases like cholera, typhoid and diarrhea.

Inadequate supply water leads to food insecurity. With crop loss, hunger and starvation is accelerated. Irrigation depends on water sources. But the agricultural sector today suffers from competition with other sectors like industry, infrastructure, construction sectors and many others. Thus the ever-growing demand leads to water scarcity. Since economic growth is indirect proportion to environmental conservation, the hunger and starvation will be experienced especially in arid and semi-arid areas like central Tanzania such as Singida, Dodoma, Tabora, shinyanga and others.

Women notably are the victims suffering more from this kind of phenomenon. Basically domestic issues, agriculture in rural areas and many other relevant household activities are done by women. Other than children, girls in many parts of Tanzania are travelling long distance: thus woke up earlier in the morning and cover long distance which is vulnerable to their health as eventually they face adversities like raping,and other discriminatory practices which are dangerous to them and are among the sources most early and unexpected pregnancies especially in rural areas. Furthermore poor sanitation is dangerous to the health of girls and women; thus most of girls are forced to drop out from school in case the water is not available or accessible so that they can save their menstrual and reproductive life……….