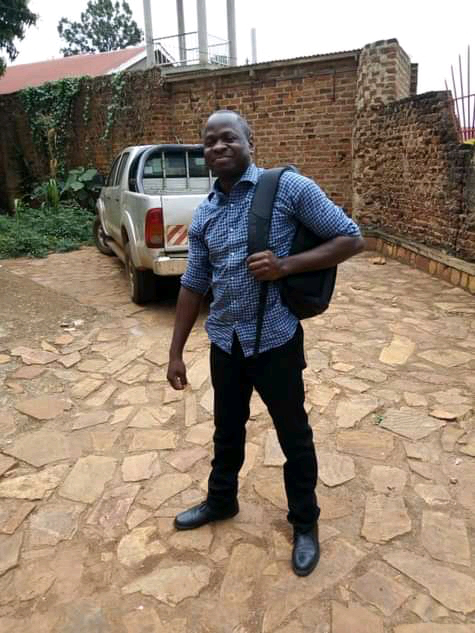 Uganda is one of the poorer countries in East Africa, especially with regard to the more rural regions. Major famines could be prevented because of the high fertility. However, this is contrasted by considerable economic growth and many start-up activities in the cities.

The last election campaign was difficult. Exports include tea, fish and tobacco. Banana production accounts for 11 percent of the world market. Uganda, like most countries in the world, is affected by climate change. Experts assume that due to the new climate situation, coffee cultivation will no longer be possible in Uganda in a few years.

Who is Waiswa Nathan?

A born of 2/10/1986,and a university graduate of Administrative  Science,  Waiswa Nathan is a self made player in the Energy Sector working in capacity of Consultant with Powertec  cooperate Services a solar installation company ,and marketing officer for The Portico Uganda Limited a renewable energy company involved in the production of Biofuels and Charcoal briquettes, my interest in  energy was fuelled by my brief stint in Umeme as Electricity Connection Policy officer which in part exposed me to alternatives to hydro electricity, exposure to the struggles people without electricity have to go through because of poverty among other factors.

What is the state of energy supply in Uganda?

Biomass is the most dominant energy used in Uganda at almost 100% capacity this is further broken down by charcoal in the urban setting and firewood in the rural setting, hydro electricity is the second but equally more important with different dams constructed along the Nile rivers for example Owen falls’ dam, Karuma besides countless mini hydro power  sites .Solar energy is becoming most sought due to sunny weather  in north eastern Uganda ,2 solar power stations connected to the national grid  have been set up in Tororo and Soroti districts in eastern Uganda. We have wind energy along the shores of lake Victoria and  lastly Geeothermal  energy is an option for exploration with potential sites identified in places in south western Uganda like Buranga,Katwe-kikorongo.

With the discovery and exploration of petroleum in Uganda, I can see natural gas coming on the market as an alternative energy source, plus with increased deforestation and longer droughts, solar energy is set to gain more presence on the market especially deep in the countryside communities thus pushing away the need for hydro electricity.

What is the potential?

Uganda’s electricity grid has grown from just 3 generation plants in 2001 to over 40 power plants, as  of October 2020 the mega wats capacity is 1237.49 mega watts  but projected to rise to 1837.49 mega watts, slightly over 50 %  have access to electricity now thanks to government efforts and efforts by private players.

What solution do you favour for the future?

In my opinion sticking to the current energy sources in place but improving on the quality of the operating environment, will make it possible for Ugandans everywhere to access energy. Then promotion and supply of gas and bio gas as alternative to charcoal and wood will help curb environmental degradation.

How can Uganda get there?

The biggest challenge to solar players is the need to import solar panels which have unfair warranty and are not durable because of bad quality. I would encourage potential panel manufacturers to consider setting up plants in Uganda that will reduce operating cost for solar businesses in form of importation costs and taxes and save the its clients from longer waiting times.

We have already published