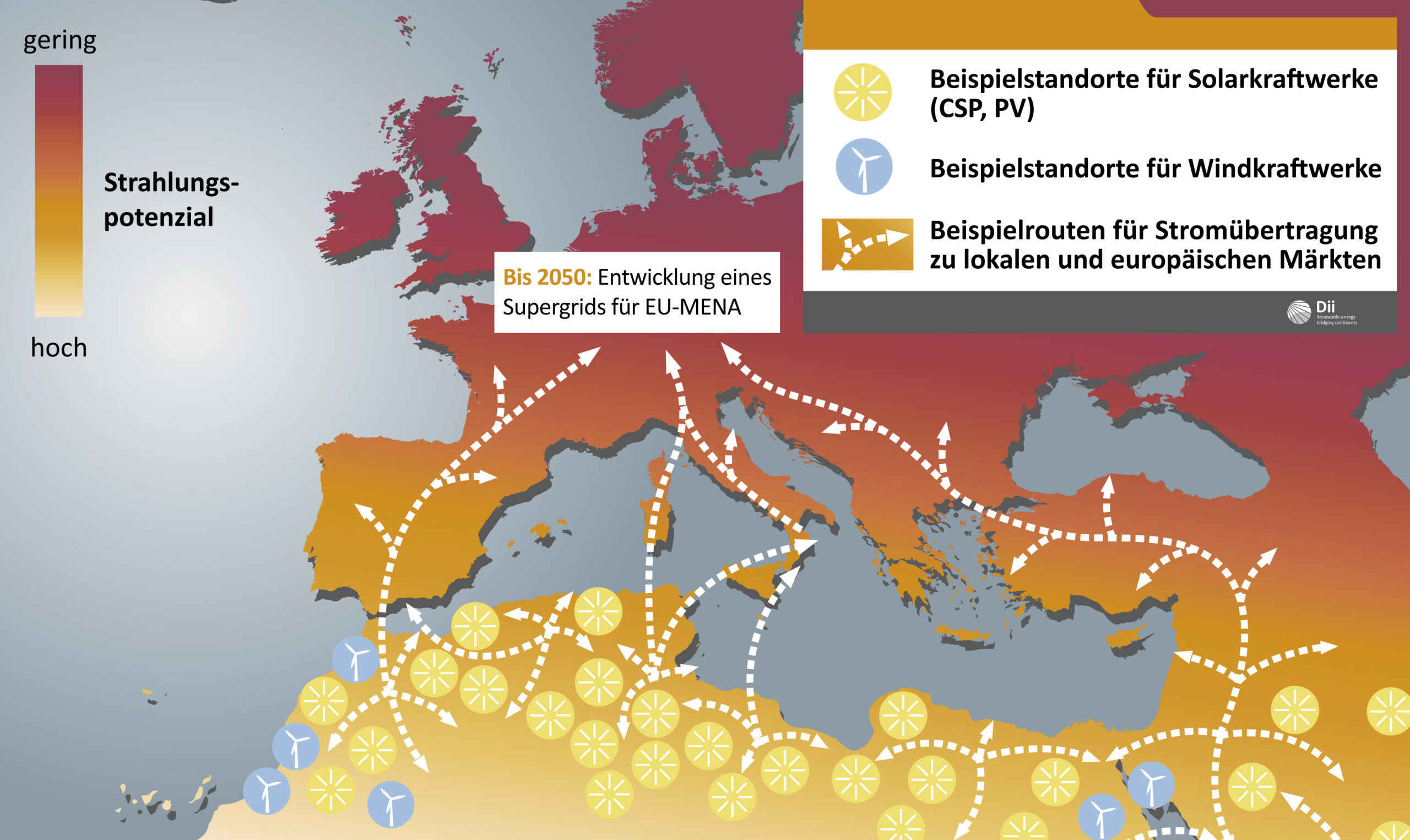 The old Desertec idea with interconnections from North Africa to Europe. Source: Dii

Interconnectors have been a long dream of energy scientists. They are used to transport large amounts of energy over long distances and already exist between the Netherlands and Europe. The Desertec version was developed in Germany about 20 years ago: In many parts of North Africa there are excellent conditions for renewable energy. Strong winds blow in many places, and especially near the equator there is strong solar radiation. These renewable energy sources could be converted into electricity and transported to Europe through so-called HVDC transmission lines under the Mediterranean Sea. In return for the energy supply, suppliers could receive money for their development. This would be the first idea to famous Desertec version.

But studies showed that it would be expensive and difficult to build an electricity grid under the Mediterranean. That is why there is only one HVDC transmission line between Spain and Morocco so far. In recent years, renewable energies have developed very well in North Africa and Europe needs more and more renewable electricity that produces hardly any carbon dioxide emissions. This is why the idea of interconnectors is now being revived.

Morocco also has further plans for interconnectors. The westernmost country in the Maghreb has a high share of renewable energies. Morocco is proposing another interconnector to Portugal. There are even plans for an electricity link to East Africa. So far, these are plans, but not real projects