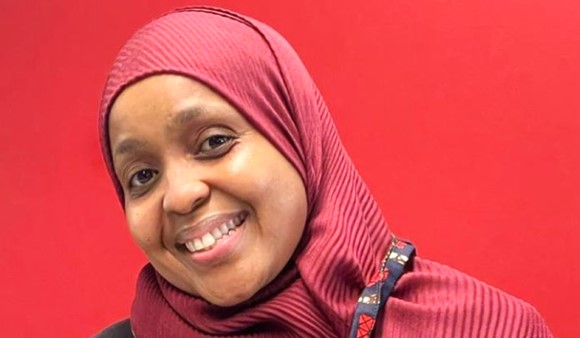 Tanzania, Dodoma: “I want to be doctor”; this could be a common response of many children when asked about whom they want to become in the future. Similarly, she saw herself in visions wearing a fine white coat and stethoscope in hospitals with primary focus of saving lives.

With her kindly beauty, bravery, incredible smile she wears, and a far-fetched unique voice; her presence in the infirmaries probably would have been a source of hope and joy to the convalescents. But this was just a dream.

Divergently these qualities were being depicted in worldwide screens and seen in eminent bureaux that she never imagined being into one. The reality was far different from her dream but never from the efforts manifested.

Upon completion of first university degree which was not her principal choice, she grasped an opportunity in Tanzania’s local media platform. Her earliest occupations as writer and presenter made her discover a new path and develop passion in journalism.

Through journalism she manoeuvred into a well-known worldwide media platform, The British Broadcasting Corporation (BBC). Following her notable achievements as a journalist in the BBC, on February 01st 2022 she was appointed as Director of Presidential Communication in the United Republic of Tanzania by HE Hon. Samia Suluhu Hassan, Tanzania’s first female President.

This made her the first woman to hold such position in the country. She’s been extraordinary since back then, as she was also a first Tanzanian female to broadcast on Focus of Africa TV programme and a first female TV Presenter in BBC Swahili anchoring

‘Diraya Dunia’ programme playing a significant role towards the growth of ‘Swahili’ language.

One could say that, it is destiny or a lucky charm that has fallen into her hands. These reasons couldn’t be the cases, rather the abilities of turning the challenges towards opportunities, staying committed and performing best out of each practise.

Successful journeys are series of calculated steps blended with dedication, hard work, persistence, consistence, creativity and flair that develops over time. There is always the unseen underneath greatness, unimaginable stories beneath success. One can never be brave if not courageous and may never be courageous unless the fears to tackle the challenges are faced.

Zuhura Yunus Abdallah is among the figures that demonstrate a power of an African woman who is gifted, courageous and strong. This was her dream, what’s yours?