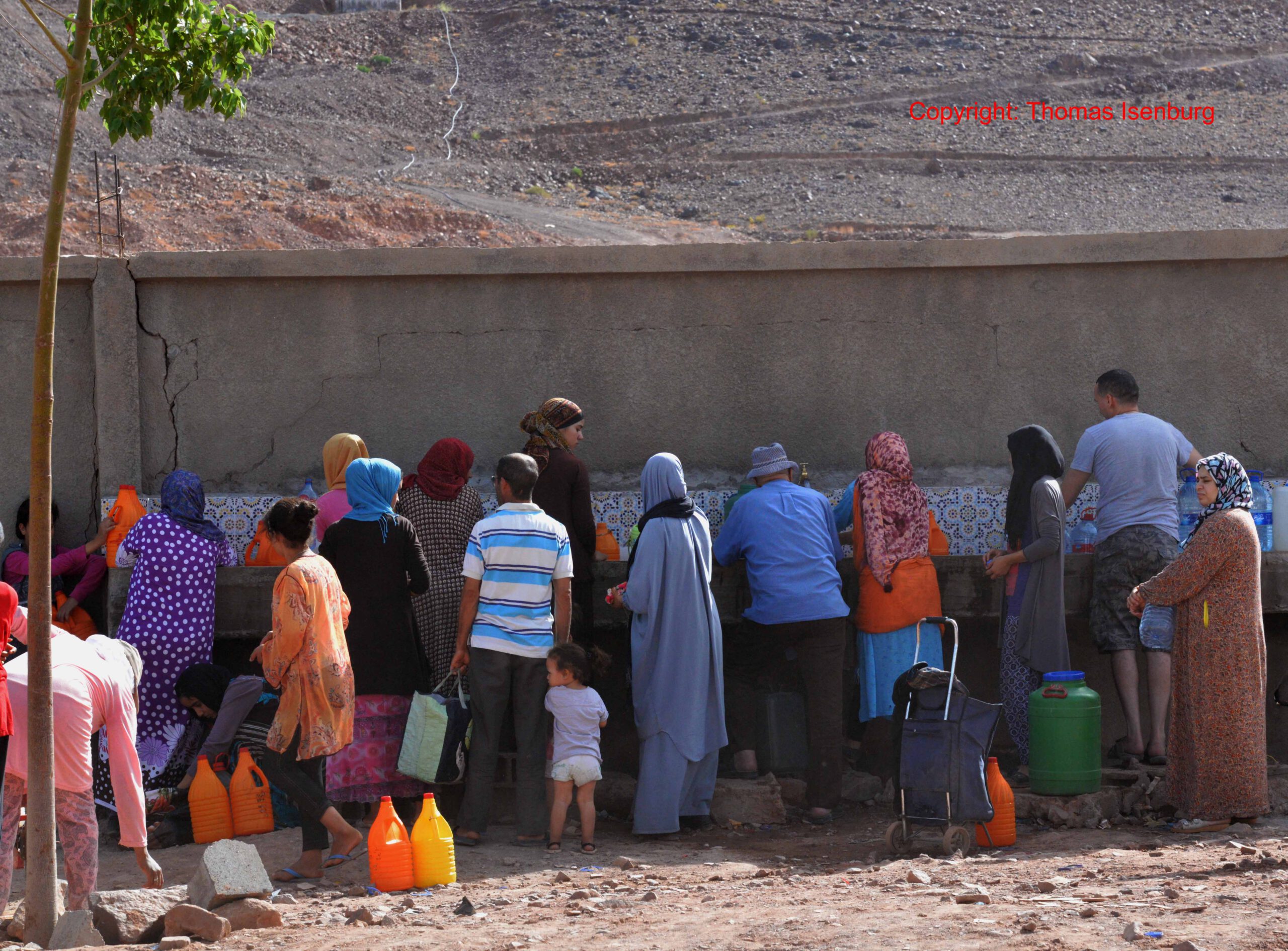 Climate change is also having an effect in Morocco. Rivers are drying up and dams are no longer full. Those responsible are reacting to this and investing in drinking water treatment.  This can be seen in the press releases of the National Office for Electricity and Drinking Water (ONEE). ONEE is an important pillar of the state in providing electricity and drinking water to the people.

Already in April 2021, ONEE equipped the city of Jerada, a provincial capital on the border with Algeria, with a solar power plant that supplies drinking water pumping stations with electricity. The province has a dry, desert-like climate.

In this context, Moroccan-Japanese cooperation is to be intensified, as the ONEE also announced in a press release in June. During a courtesy visit, ONEE Director General Abderrahim El Hafidi and Japanese Ambassador Takashi Shinozuka exchanged views on prospects for cooperation in the fields of electricity, drinking water and liquid wastewater.

It was disclosed that ONEE is in the process of implementing projects and programmes costing 38.7 billion dirhams (3.6 billion) out of a total budget of 115.4 billion dirhams (€10.7 billion). These investments are intended to help secure the supply of drinking water in the Kingdom and improve the living conditions of the population in the coming years.

El Hafidi also presented the Kingdom’s energy strategy, which focuses on developing electricity generation capacity from renewable sources, and shared with the ambassador the flagship and structuring projects of the office’s new roadmap.

On 7 June, another ONEE report on water supply. The province of Sidi Kacem is investing 19 million Dirhams (1.8 million Euros) in its water supply.

During one of my last research trips to Morocco before Corona, I already became aware of the issue. I noticed the queues of people in front of drinking water sources. I think the consequences of climate change for the people in these regions deserve more media coverage. Also because concepts like Desertec are aimed precisely at alleviating or even avoiding them. In Morocco, too, carbon dioxide emissions increased last year.

KIDUDU – Banks Revolution in Tanzania – Journalism from Africa for Africa