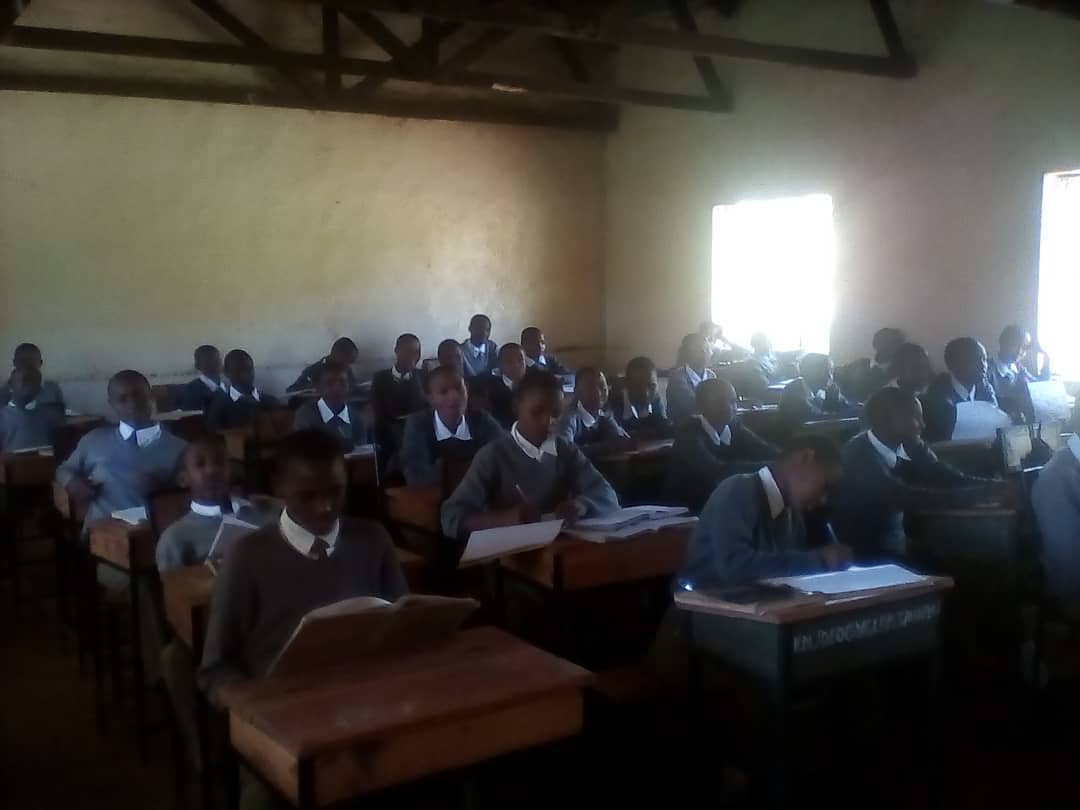 The evolution of the formal education system in Tanzania can be traced back to the later half of the 19th century. That is to say, during the wave of foreigners that came to Tanzania, especially the missionaries who came to spread religion, notably Christianity.

Before missions and colonialism came to Tanzania, there existed what was commonly recognized as Informal Education. This education was characterized by its practicality but sometimes it was also formal, especially when it was provided by institutions such as Madrassa in coastal areas like Zanzibar. At that time, Kiswahili was taught and written with the Arabic alphabet instead of the Latin alphabet. The best part of the pre-colonial kind of education was its practicality and relevance. For example, in coastal areas, education focused on fishing and other marine activities. For the Maasai, who were a pastoral society, education was based on mastering pastoralism. Others, like the Hadzabe, focused on educating the youth in hunting and gathering.  Still other societies were focused on learning about agriculture and livestock keeping. Education at the time was made to be relevant to the daily life and environment of the people and kept relatively practical in nature.

During the colonial era, former colonists (especially Germans in Tanganyika) put much emphasis on formal education. Germany created a three-tiered system of education. There were 60 Nebenschulen (primary schools), 9 Hauptschulen that offered two additional years of vocational training, and one Oberschule or high school which was built in Tanga and offered clerical, industrial, and teacher training, as well as some academic courses. Although Kiswahili was the language of instruction, German was offered as a foreign language. This was to make the Direct Rule policy work easier. Missionaries were also encouraged to create schools for the indigenous population.

Up until the emergence of World War I more than 90% of the youth were enrolled in Tanganyika’s schools which were mostly missionary schools. The German system did not educate girls because the new schools were situated along the coast where there was a strong Muslim influence dictating that girls not be educated; girls and women were meant to be submissive rather than enlightened.

After World War I, with Germany’s defeat, Britain administered what came to be known as Tanganyika, which was a territory under a League of Nations’ mandate. Britain’s stated educational purpose in the 1920’s was to develop the people, as far as possible, on their own terms and in accordance with their own values and customs. Missionaries were allowed to play a major role in education and sponsored schools, which gave them greater control over the curriculum.  Universities Mission to Central Africa (UMCA) schools were Anglican and very British. Anglican schools had the biggest single influence on Tanzanian education during the British time.

The British government educated the children of the local elite to make their policy of indirect rule work. They opened a special school at Tabora in the 1920’s for sons of chiefs. The aim was to produce future administrators, clerks, and artisans. This is also where Mwalimu  Julius Kambarage Nyerere attended school.

The critical element in the British vocational curriculum was agriculture. Therefore, the school’s headmasters were exploiting students to work on large school farms. For most African farmers, education was one way to remove themselves from harsh rural living, not a means of returning to rural areas with improved innovations. The Law of Remittance was applied by most of the families, i.e. at least one salaried person to earn money in urban areas and remit cash to village relatives. This eventually prevented the problem of brain-drain whereby potential rural people were drained and faded away to towns and cities.

Africans did not want to return to the land, so they pressed for post primary education. The use of vernacular languages for instruction was losing ground.

However, the people of Tanzania discovered that knowledge of English was associated with higher pay, and English began to force Kiswahili out of the classroom as the language of instruction in high schools and universities. Just prior to independence, it was common to use English as the medium of instruction from the fourth grade on. Kiswahili was used in the lower grades.

During the post-colonial era (after independence in 1961), there was a nationalization of major means of production. This also was enhanced by the adoption of a socialist policy (Ujamaa and self-reliance) after the Arusha Declaration in February 1967 under the Former president  Julius Kambarage Nyerere. All schools became nationalized, since most of the colonial schools were run by missionaries and were private.

Independence ushered in an era in which public schools dominated the training of Tanzania’s next generation of workers, professionals, and leaders.

Some ethnic groups, which grew cash crops, had efficient cooperatives to help their family  succeed. Those who lived in productive areas and owned land, like Tanga, Kilimanjaro kagera  Morogoro  Arusha, and  so on, were able to access education for their children. Other ethnic groups, like the Hadza, who hunted animals and gathered nuts and fruits for a living, were poor and had no idea what advantages an education could confer upon their children. Other disadvantaged ethnic groups were from unproductive areas like Kigoma, Shinyanga, and other places, which made in difficult to access or afford better education.

Thus, Education for Self-reliance without a doubt, admitted some ill prepared students from other ethnic groups; however, it created a national culture of inclusion, reduced ethnic tensions, made students from all ethnic groups feel that they had opportunities for advancement, and brought national stability and peace. It seems a small price to pay for the tranquility it has brought to Tanzania.

Although Tanzania has reached achievements in education, there are still many challenges and problems to be addressed. The first of these is that despite the fact that more and more children are receiving formal education, the socio-economic development for most people is still poor. Another issue is there are complaints that Tanzanian universities and colleges are currently producing graduates who are not qualified in the labor market because they didn’t receive the quality education necessary to make them competitive.

Furthermore, most of the governmental secondary schools do not have qualified science teachers, science books, and other learning resources like laboratory tools and chemicals.

Apart from these disadvantages, there is an increased number of student enrollment in secondary schools which has impacted teacher/student ratio. Although Tanzanian government secondary schools have a history of overcrowded classrooms, currently the problem has worsened and it is a major limiting factor for teachers to meet students’ learning needs. Instead of teaching 20 or 25 students in a class, you find that all the classes have more than 50 students. This is a huge challenge, especially in practical lessons. Therefore, teachers must resort to more theoretical practices. As enrollment increased with accessibility, educational quality decreased. The number of classrooms was too low, especially in rural areas, often causing over 100 students to overcrowd one classroom. At ten government schools there was only one teacher to teach them. According to a 2018 report, teacher-to-student ratio was, on average, 1:51, and textbook-to-student ratio was about 1:10. Recently, Tanzania has plans to employ around 13,000 primary school teachers, but the number is not enough for the schools – especially in rural areas.

Although the Tanzanian government is doing an important job in increasing the enrollment of secondary school students, this ambition seems to be lacking the consideration of education quality and other negative consequences. This is evidenced by the fact that despite the increase in youth receiving secondary education diplomas, they are having a hard time finding jobs because they do not have enough qualifications to compete in the labor market.

This is due partly because education has recently gone quantitative rather than qualitative. With the opportunity of free education from primary to secondary schools, the school enrollment has increased without the consideration of quality of education received. This has also caused other families with higher incomes to resort to sending their children to more quality education institutions like English medium schools or international schools such as St Constantine’s, Braeburn, International schools of Moshi, International school of Tanganyika and even abroad.

Middle income families struggle to send their children to English Medium schools to get a better education than what is offered at the public schools, but they still can’t compete with the international schools. Some families from an even lower economic class struggle to be able to send a child to a better school on a private secondary school list. (Ordinary level.)

Despite the fact that the number of youth attending secondary schools has increased, these students are not exposed to quality education. Currently, most of the governmental secondary schools do not have qualified teachers or even enough teachers. In addition, the schools do not have enough resources or standard school facilities such as libraries and science laboratories.

This is  why you can’t spot any children of high ranking government leaders or political leaders in  low class  public  schools (e.g. St. kayumba).

The Tanzania Institute of Education (TIE) is the main body responsible for developing the curriculum. It prepares programs, curriculums, and pedagogical materials such as handbooks and laboratory manuals. It also specifies standards for educational materials, trains teachers in curriculum innovations, monitors curriculum implementation in schools, and evaluates and approves manuscripts intended for school use.

There is also uneven academic performances in private and public schools. Private schools perform better than public schools due to the quality of education provided and available facilities such as a reliable library, available water, adequate sanitation, and proper hygiene.

The quality of education also differs much more from public schools to the international schools due to the experienced and qualified teachers, reliable syllabuses, and better environments.

Public schools suffer from the water crisis problem, whereby students must fetch water and lose most of the learning time to travelling long distances of up to 3-4 kilometers in search of water and even firewood for rural boarding schools. In regards to water scarcity, sanitation is also problematic which is evident in waterborne diseases like diarrhea, urinal infections, and others. For many female students, a lack of adequate sanitation often leads to school dropout. The accumulation of these problems in public schools has led to poor academic performance. People who can afford the cost of a private school are sending their children to access better education, which leads to a better academic performance. Less than 50% of students actually complete secondary education, and even less make it to the university level.

The secondary schools that perform highest in national examinations employ better-trained teachers, including experienced graduates. Higher pay and efficient school management attract the higher qualified teachers to non-government schools and seminaries. Therefore, most teachers with a university degree are found in non-government schools. English is the official language of most secondary schools, both private and public, which leads to challenges for the majority of students that come from Kiswahili-oriented primary schools. If communication is not possible and questions are difficult to ask, it is difficult to retain information and critically think. This problem can thus lead to poor academic performance.

Regionally, academic performance is disparate. Schools in big towns and cities like Dar es salaam, Mwanza, Arusha, Mbeya, and others have better student performance than schools in rural areas such as Kigoma, Mtwara, Lindi, and others. It seems the significant disparity in the national pass rate is due to the quality of education as elaborated  above.