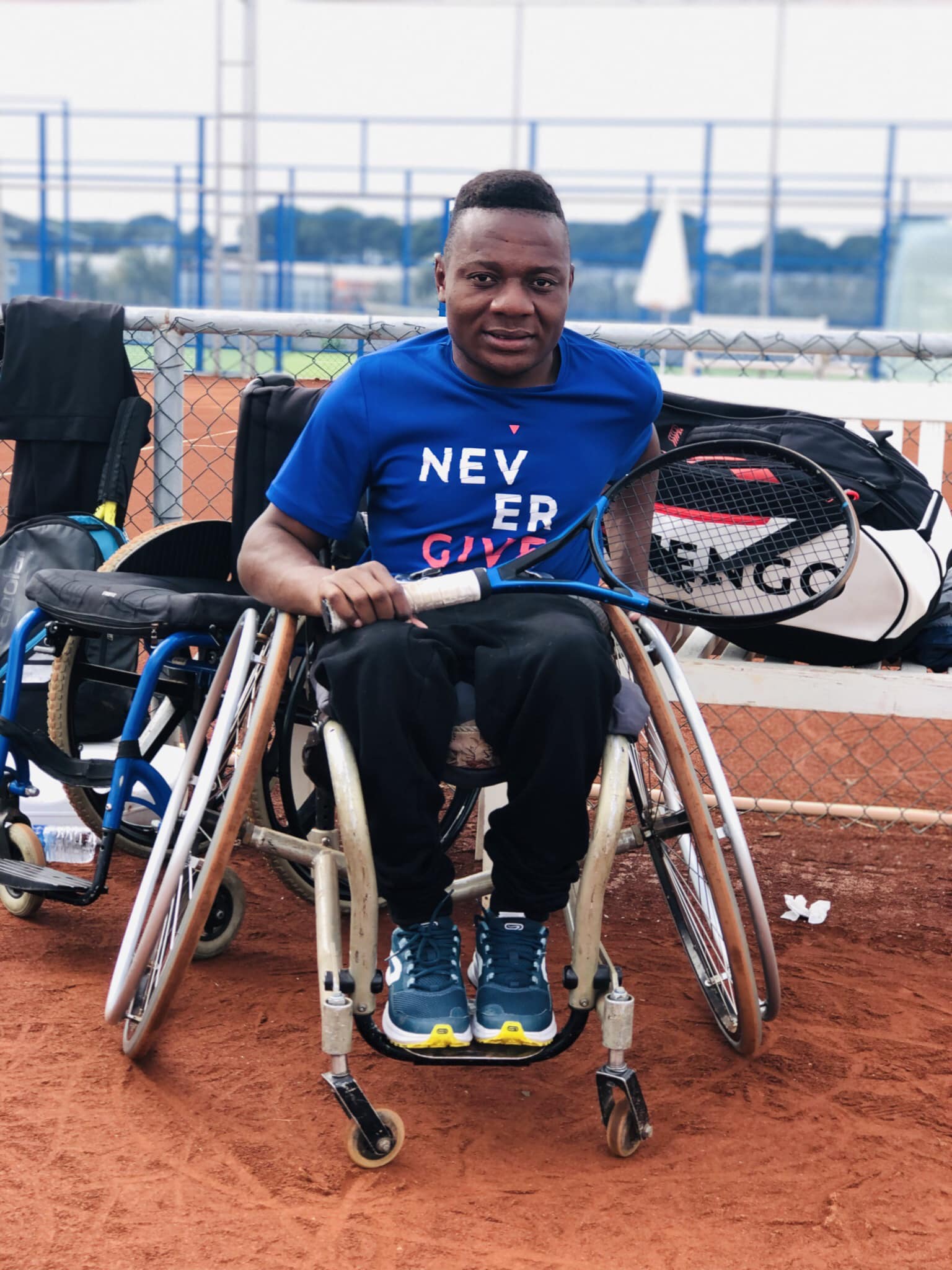 South Africa/Pretoria: Tennis may not be a popular sporting code in rural areas. However, this could not derail Ronewa Mudzanani, who is living with cerebral palsy and diagnosed with scoliosis [a sideways curvature of the spine]. Born and raised in the deep rural area of Vhurivhuri in the northern part of South Africa, the 25-year-old wheelchair tennis player is making a mark on the global stage.

Ronewa’s success is one in a million since people with disabilities are at risk of abuse, isolation, discrimination, and economic exclusion. Few weeks ago, South Africa woke up to the sad news of the cerebral palsy boy who died after he was bedridden for 12 years. His death was not reported to the relevant authorities and no death certificate was issued. The search and rescue team had to exhume the body after reports that his family illegally buried him in a shallow grave at home. This is but one example of many formidable hurdles that disabled people in rural areas have to endure.

In 2005, a handful of players came together with a collective vision of formalising and developing wheelchair tennis into a mainstream sport in South Africa. This effort paved the way for people living with disabilities to partake in tennis. Mudzanani managed to discover his passion for wheelchair tennis when he was in Grade 9 at Thohoyandou Technical High School. For many disabled people who are excluded from society, this opportunity remains an illusion. All it took was strong support from his loving mother who valued education despite a difficult upbringing.

“It was a struggle to grow up with a disability in a rural area. I didn’t enjoy my childhood as I was different from other kids in my village. I initially thought my mom resent me for my condition when she took me to a boarding school at the age of six.”

The tennis player began his professional career in 2014 when he competed at the Soweto Open tournament. His home province recognized the talented player by nominating him for the Newcomer of the Year accolade at the Limpopo Sports Awards in 2016. In 2021, he was part of the South African quads’ wheelchair team at the BNP Paribas in Sardinia, Italy. During this tournament, Mudzanani was representing the country and his dedicated work paid off when he secured a bronze medal.

Despite his undisputable talent, one of the major challenges confronting the young player is funding. In November, Mudzanani traveled to Turkey and participated in three tournaments after a year of absence on the court due to lack of finance. On this tour, the South African defeated world number 38, Araya Pablo of Chile.

“In 2019 I was ranked number 26 in the world, but because of financial challenges I cannot compete in other tournaments, so I travelled to Turkey as an underdog without any ranking. With more financial support, I can be the best. I need to play more tournaments because I cannot be the best by just training the whole year.”

Despite not having official sponsorships, the player used crowdfunding mechanisms to finance his tour in Turkey, which saw him claim number 7 in the world rankings. The athlete is using his social media platforms to garner financial support with the hope of participating in major grand slams early in 2023.

Those who would like to reach out to Ronewa Mudzanani may do so through Facebook or his WhatsApp on +277607449089.