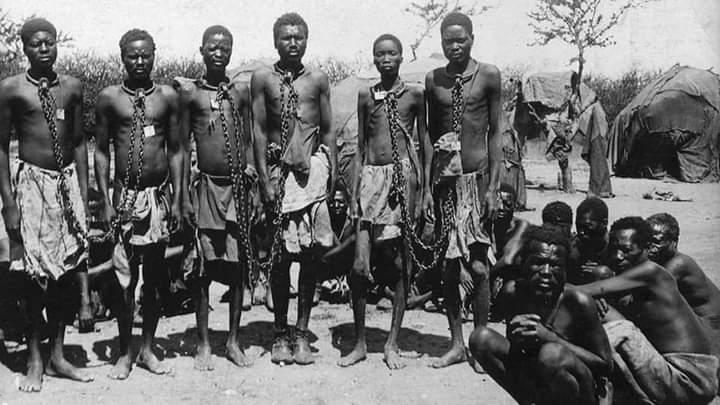 Namibia: The Namibian government has without a doubt demonstrated that they have the audacity to shamelessly lead the ‘reparation discussions’, without duly consulting the affected communities or including them into the deal or packaging their concerns as part of the negotiations prior to signing/agreeing to the document Germany sent through as the mock ‘reparation acknowledgement’, which, if we have to be honest, is a mockery and a slap in the face of the affected communities.  It also reinforces the narrative that they do not matter in a discussion that affects them.

It would only be fair and prudent for representatives of the affected communities to be included in the discussions because they know what sits best as an apology for the genocide that obliterated entire communities and robbed them of their land and other possessions. No amount of money will come close to the losses incurred by my people but there is one that will feel close to home. The reparations deal should be a united and assertive fight, with intensity and a sense of urgency. The Namibian government is only in it for the benefit they wish to get; money. Greedy as always! To the affected communities it is not merely about the money but the impact and significance of our history, and what an apology means to the Ovaherero and Nama people.

“The current government wants money to make up for the 31 years of mismanagement and stealing. The Ovaherero and Nama communities are left out and afflicted, this time by both the German and Namibian politicians in power” -Prof Joseph Diescho

I am a young woman, a descendant of the Ovaherero community and I feel betrayed by the Namibian government to the core. The betrayal I feel stems from the lack of attention, and ‘no value placed’ on the Ovaherero and Nama genocide, not only on reparation discussions but the genocide as a whole. Below I will be discussing the issues that are tolerated, but shouldn’t be:

In the then Kaiserstrasse (now renamed to Independence Avenue/the intersection of Independence avenue and Sam Nujoma drive) which is inherently the center of Windhoek, the statue of Curt von François proudly stands. A statue that celebrates Germany’s colonial hero, a man that was a Schutztruppe officer and commissioner of the imperial colonial army of the German Empire, in German South West Africa (today’s Namibia). Curt von François’s statue means we as a whole are in acceptance of the portrayal of colonial subjugation; ratification of the ruthless bloodbath at Hornkranz in 1893 that Curt von François was responsible for.

On the night of the 12th April 1893 von François informed his men “the object of this mission is to destroy the tribe of the Witbooi.” They slaughtered 8 elderly men, 2 young boys and 78 women and children. Even after the utter defeat, his men captured 80 women to enslave and rape as part of the punishment.

It is insensitive to the descendants, having to watch the man who called the Hornkranz massacre as a success being celebrated. The Windhoek City Councils and the Namibian government need to remove the statue! When precisely are Namibian spaces going to be decolonized?

There is no day to commemorate the 1904-1908 genocide in respect of the Ovaherero and Nama ancestors. A day to be mindful of the loss, and objurgate the vileness of colonialism, and slavery of the Ovaherero and Nama people. Why is it so hard to get a day to honor my people, my ancestors in my free and independent motherland? Why should it be contemplated upon? Are those in power so oblivious about the relevance of it all? Is it deliberately done because those in power deems it so? I can’t seem assimilate it all. And yet, these are the same people that are on the front sit of signing the ‘deal’ from the German government. How the Namibian government expects the German government to apologize for the atrocities done to my people, when they themselves have failed to recognize it is downright hypocritical.

My ancestors were intensely exploited; starved, forced on cheap labor, raped and forcefully sterilized, they were part of Germany’s deliberate mass murder policy. Children where forced to watch their mothers, fathers, brothers and sisters raped by German soldiers. They where overworked, maltreated on every account, and chased like animals into the Kalahari Desert where the remaining people died of starvation and dehydration, held in concentration camps, they were mentally traumatized (cleaning the flesh of their family skulls that Germans were carrying out in Germany as a racial experiment) and treated like museum pieces to be paraded about. An estimate of 40 000-70 000 Ovaherero (80%) people and 6000-7000(over 40%) Nama people were brutally slaughtered by Germans. The events are despicable and shows utter brutality of the Germans. For their own possessions, the Ovaherero and Nama people were fully stripped off everything they knew, and suffered at the hands of German colonialism. Yet, there is no day on the Namibian calendar to commemorate them to date.

That full-on history about Ovaherero and Nama genocide is a footnote in history text books, which means it is not in the Namibian school syllabus. The history that is published is not outlined honestly, there is barely truth in the writings and a lot of important information is omitted. The shocking thing that had me ‘jaw dropped’ this week was finding out as I was helping my little brother with his ‘social studies’ homework, there was a question posted “Name the benefits and disadvantages of European groups that arrived in early Namibia?”  and they needed to outline the cons and pros of “missionaries, traders and explorers.” I am sorry but why in the world is that in there and outlined as such? The Namibian government and Ministry of Education, Arts and Culture needs to do better.

I am upset and I will forever be disappointed in the Namibian government on this particular issue.

KIDUDU – Banks Revolution in Tanzania – Journalism from Africa for Africa