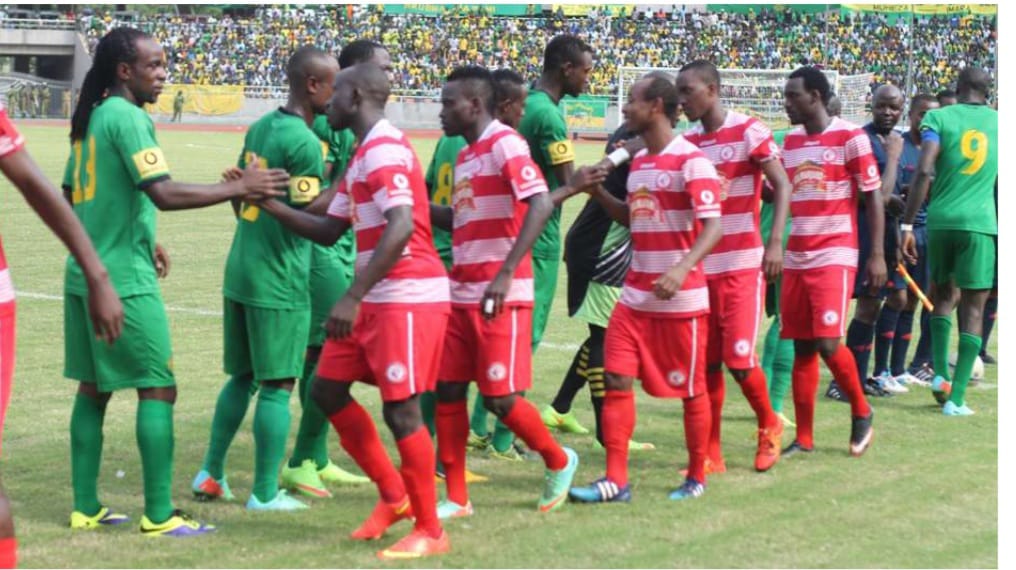 Tanzania / Arusha: Athletics refers to sports events that test the athlete’s endurance, strength, and speed. It involves competitive running, walking, jumping, and throwing. Sport has been adopted as a generic term embracing physical activities within education and culture of Tanzania society. Here athletics and physical activity is adopted as a generic term embracing all activities (games, sports and dance) in which traditional society engaged in the pre-colonial period, and spontaneous games that the very young population of the pre-colonial Tanzania society engaged in to develop their body, mind and personality. Within education it was to embrace formal physical education activities games, sports and dance – intended to ensure physical, mental and health development. As a cultural artefact it was to cover games, sports and dance in society depicting the cultural processes of diffusion, assimilation, rejection and adaptation.

In Tanzania there are major and minor athletic sports such as Track and Field (running), Football (Soccer), basketball, cricket, netball, rugby union, cycle sports, Basketball is also played but mainly in the army and schools; minor sports are like rugby, crickets, baseball and other softball. In case of traditional and indigenous sports not every child is an athlete, but the experience of play for children is vital. There are various sports such as Rede and target shoots with ‘manati’, a traditional catapult; Swahili Bao, Traditional Wrestling, Mdako, Weaving Ukili and Tug of war: others include archery using traditional bows and arrows.

The most popular sports in Tanzania are soccer and boxing. There are several world class runners Which are Tanzania Sporting Success Athletes from Tanzania, Hasheem Thabeet Tanzanian-born player with the Oklahoma City Thunder, the first Tanzanian to play in the NBA(basketball), Filbert Bayi (athletics), Juma Ikangaa (marathon) Mbwana Samatta (Football) and many others. Currently boxing stars of Tanzania are like Hassan Mwakinyo,. Dullah Mbabe, Twaa Kiduku and many others.

Football is widely played all over the country with fans divided between two major clubs, Young Africans and Simba. There is recently emerged Azam FC which has bridged the gap from traditional football fans and other stakeholders who were used to these kinds of dominant football clubs of Tanzania previously. Thus Football is the most popular sport in Tanzania, despite the little success that has been achieved by the national and club teams. To date, Tanzania has never qualified for the FIFA World Cup but has made two appearances in the African Cup of Nations, in 1980, as well as 2019. They finished last in their group in both occasion.

In Football scenario there are various impressive and sensational phenomena such as Dar es Salaam Derby which includes WATANI WA JADI (traditional rivals) basically Simba and Young African. The experience of this Derby is compared to those of Bayern Munchen and Borrusia Dortmund of Bundesliga  or Real Madrid and Barcelona of La Liga. This is due to the domination of the two clubs in this kind of League previously. Other events are like Mapinduzi Cup (Revolution cup) which features various clubs from Tanzania mainland and coastal region. There is also Football Association (FA) Cup and NBC Premier Leagues.

Apart from those major football competitions, there are also other Divisions where the top position clubs are promoted to the premier leagues while the clubs finished at last position in the season are relegated to these Divisions. Surprising enough is the absence of the grounds and stadiums for the Tanzania football clubs for examples Simba and Young African have no their own grounds or stadiums but they share the Stadium (Benjamin Mkapa Stadium) like Inter and  Milan of Italy which sharing Sansiro/ Giuseppe Meazza stadium. Furthermore the other stadiums and grounds available out of Dar es Salaam are not quality and quantity enough for the players and football fans in the premier League. The only Stadiums available with quality and quantitative for the spectacular football fans are available in Dar es Salaam city and Zanzibar i.e. these kinds of stadiums allow people to play even at night compared with other stadiums found in other regions. The conditions concerning the injuries, damage, transportation, and other phenomena are challenges to most of the clubs, management and players  while the powerful and superior teams such as Simba, Young African and Azam FC can afford and counter their challenges rather than minor clubs like Namungo, Biashara united, Majimaji and many others. Accommodations for the teams and other regulatory standards are not satisfactory enough concerning the league which is growing. Sometimes Tanzania Football Federation (TFF) is blamed for the regulatory framework concerning referees, registration and so forth. The Federation also is blamed for being pressurized with superior teams notably Simba, Young African and Azam FC while other minor clubs have no influence to the federation regarding their financial capacity and status.

There are also street events which are impressive and sensational to most of the indigenous people especially in Dar es Salaam city for instance Ndondo Cup which authorizes various football clubs from the streets to the tournament in which awards and rewards are delivered to the winners. The tournament is played every year and what makes it to be so special the mash-up entertainment which includes musical performances of Tanzanian popular artists. That is to say considering the Premier leagues and other football divisions, Ndondo cup has made some of the underground football players to arrive in the mainstream Tanzania football: so it is enough to say this kind of Tournament raises many talents to the mainstream and is mostly important for the growing as well as poor people talents from the streets.

Conclusively the conditions and standards of these kinds of tournament, leagues and challenges are not satisfactory enough since the available stadiums and grounds are not qualitative enough for the players.  For instance there are various school grounds and stadiums are used during these kinds of tournament, leagues and institutional bonanza while the clubs participate in these events have no even their own grounds for training. Moreover investment, sponsorship and endorsement for these street clubs is challenges like those minor teams in the premier league i.e. these kind of clubs, leagues and tournaments are poverty-strickened which is the detrimental challenges to the growing as well as emerging leagues in Tanzania and East Africa.