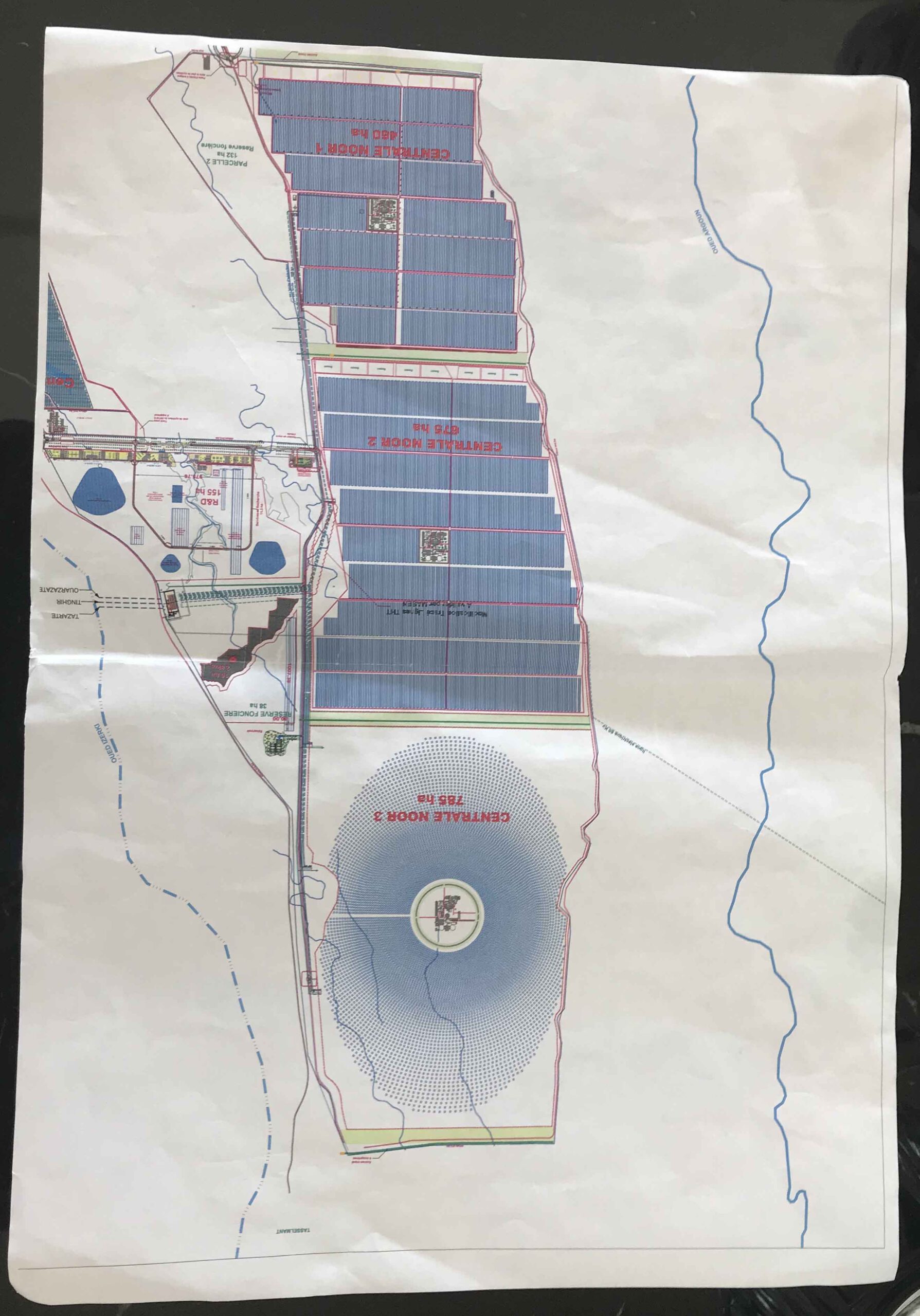 Germany / Herne: The conflict in Ukraine has led to a gas shortage in the EU as Russia fails as a gas supplier. In the summer of 2022, this issue will fill the news. It is a task of the greatest complexity, which is also linked to the misjudgement of the security of supply of natural gas in the past. That is why the European industrial nations are looking for alternative sources. These could be in Qatar or Algeria. In addition, the gas infrastructure must be built for this purpose. This involves adapting the gas grid with suitable flow directions and setting up LNG terminals to import liquefied natural gas. The energy transition to green hydrogen is still ahead of us.

Implementing green hydrogen but how?

The quantities needed in the medium term differ in the many studies that have been published. They range from a hydrogen demand of 50 to 80 TWh. However, the hydrogen produced from fossil fuels with the release of CO2 is still given in tonnes. It is undisputed, however, that large quantities of hydrogen, about half of what is needed, will have to be imported, because renewable energies in Germany alone cannot cover this demand.

meet this demand alone. In particular, simple synthesis products such as the substitute for fossil fuels methanol and the feedstock for fertiliser ammonia will be in demand. The steel industry will need large quantities of green hydrogen, which will then replace coke as a component in the direct reduction process. Later, the transport sector and building heating may be added.

Up to now, hydrogen has been consumed where it is produced. The transport infrastructure is therefore not yet. Therefore, the transport infrastructure is not yet widespread and the construction is a complex process that is coupled with the physical properties of hydrogen. There are pressure vessels that can transport hydrogen on the transport routes with a pressure of up to 700 bar. The boiling point of hydrogen is low at -252.9°C at normal ambient pressure. This makes transport in liquid form difficult, because the gas must first be liquefied using liquefied in an energy-intensive process and then kept at this temperature for long sea transport. The transport infrastructure must also be built for this, which in turn requires a corresponding amount of hydrogen to be transported. hydrogen quantities to be transported. The pioneer here is Japan, a country that is taking a very pragmatic approach to the hydrogen economy. The Japanese heavy industry group “Kawasaki Heavy Industrie” has built the first hydrogen tanker “Suiso Frontier”. With a length of 116 metres, it can transport 75 tonnes of liquid hydrogen. It draws on the experience gained in the construction of liquefied natural gas LNG. By 2050, Japan would have to import 20 million tonnes of hydrogen. By then, 80 tankers with a capacity of 9 million tonnes of hydrogen should have been built. In addition, pipeline transport is also possible, for example, as an admixture of natural gas and a later separation. However, the construction of a pure hydrogen pipeline can take up to 10 years. Special materials must be used in such a pipeline because the hydrogen particles are very small. Therefore, the conversion of existing natural gas pipelines is a complex process.

An alternative, or the current state of the art, is the transport of ammonia. The advantage of this is that it liquefies at -33 °C and is therefore easier to transport. However, it must first be produced from the elements and then split again after transport. These processes require a considerable amount of energy.

Particularly sunny areas come into question here, which can produce renewable electricity at a price of less than 3 ct/kWh if the plants are operated for more than 4,000 hours per year. Many such projects, some of which Many such projects, some of which have already been realised, are located in the MENA region, where the strong solar radiation allows PV power plants to produce renewable electricity at prices between 1 and 2 ct/kWh. Wind power projects with prices for renewable electricity below 3 ct/ kWh are also state of the art. The region is geographically close to Europe, which reduces transport costs compared to Australia and South America, as well as  southern Africa. Green hydrogen projects have been announced on a larger scale for Saudi Arabia, Oman, the United Arab Emirates, Egypt and Morocco.

The driver for renewable energy in Morocco

The oil-rich Gulf states are threatened with the end of the petroleum age. Due to the excellent climatic conditions, the loss of income is to be compensated for once by the proceeds from the sale of green hydrogen as well as synthetic products. By selling their “black gold”, they have enough funds to finance the expected projects and huge investments from their own resources. Thus, for the time being, larger quantities of green ammonia can be expected from Oman and Saudi Arabia. The situation in the west of the region is different. Morocco has so far been unable to draw any wealth from renewable sources and will therefore have to finance the huge investments for the production of green hydrogen and the synthesis products derived from it from the loans.

synthesis products from loans from development banks such as KfW. A German-Moroccan hydrogen alliance was already signed in 2020. As part of this, a reference plant for the production of green hydrogen was planned. This is to consist of a hybrid power plant to produce electricity from wind and solar power. In addition to the electrolyser, it will include a seawater desalination plant, since fresh water is not available in unlimited quantities in the desert regions. The plant has a planned capacity of about 100 MW. It will produce about 10 000 tonnes of hydrogen per year. Morocco is at the forefront of renewable energy developments on the African continent. The expansion started at the end of the90s with the construction of the first wind farms and continued over the coming decades. In recent years. In recent years, these projects have advanced into the realm of superlatives. Because of the favourable wind conditions, numerous windnumerous wind projects were realised. At the same time, one of the world’s largest solar thermal power plants with a capacity of 580 MW was built in Ouarzazate. The plant, which bears the name Noor, the Arabic word for light, consists of a total of three solar thermal plants and a PV complex, complemented by a research platform. In addition to the excellent climatic conditions, the country has its own research infrastructure and many success-oriented young people. With this background, it is clear that the Moroccans also want to be at the forefront of green hydrogen. Tarik Hamane, management director of the Moroccan Agency for Sustainable Energy (MASEN), a prominent address for renewable energies in the North African country, says country, says: “We have been working on this topic for about two years. The 100 MW electrolyser is to be stored in a hybrid power plant with a capacity of 200 to 250 MW. Wind energy will have a share of 150 to 200 MW. Solar energy will have a share of 50 MW.” The wind and solar energy are to be combined in such a way that the electrolyser is as complete as possible. The possible 10,000 tonnes of this first reference project in North Africa are only a small drop in the ocean. By way of comparison, the four blast furnaces for steel production at Thyssen Krupp in Duisburg require 750,000 tonnes of green hydrogen annually. The Moroccans also want to produce synthetic products first.

The topic of hydrogen must finally be taken out of the realm of visionary thinking and political PR and turned into reality. As yet, the variables “consumption” and “production” do not fit together with spongy quantities. Transport is also unclear. It is not questioned whether the production of green hydrogen to decarbonisation is a. sensible route. We just need to choose this route decisively and quickly now. However, the journey is the destination. The speed of expansion must be increased significantly.