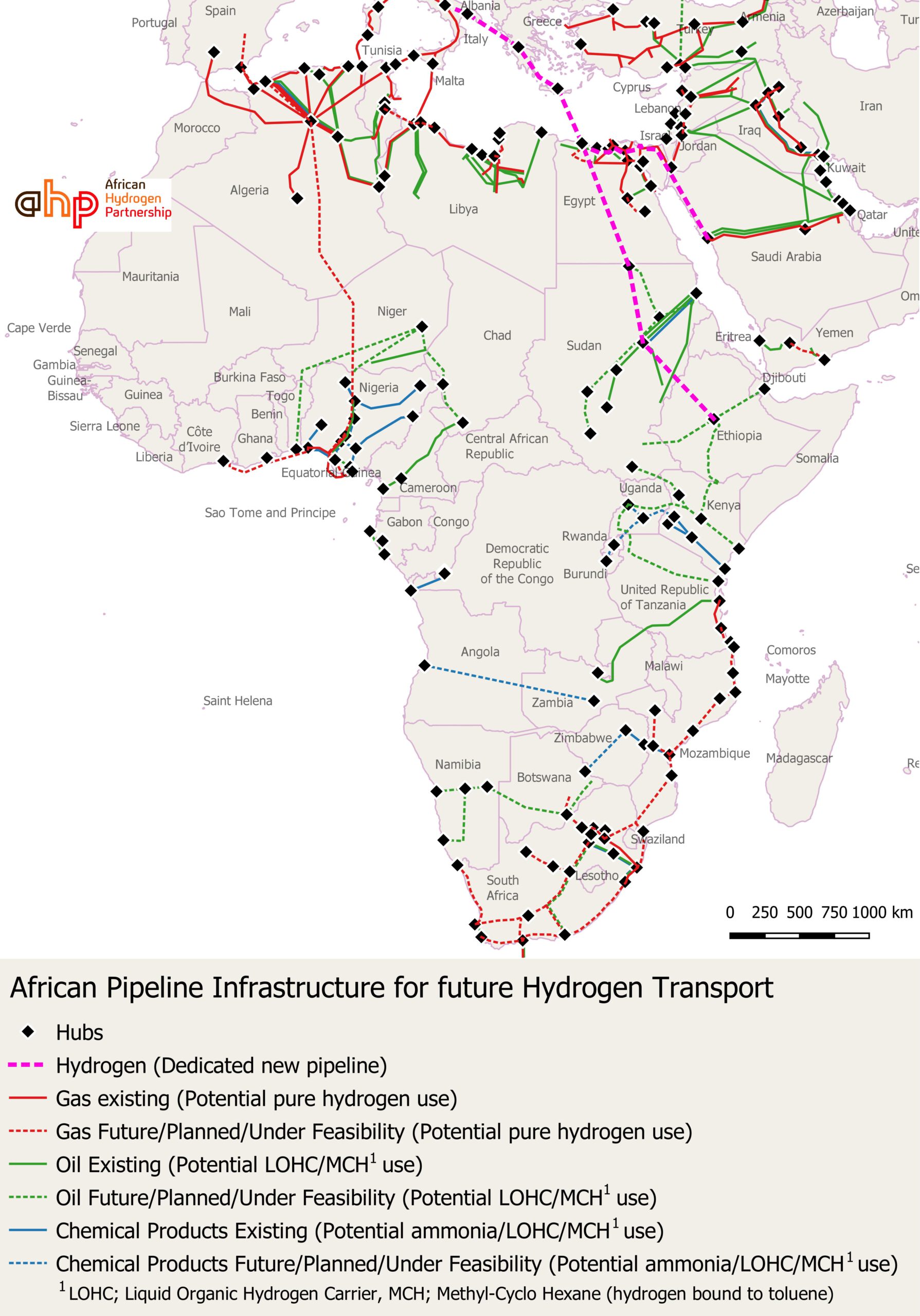 For almost two years now, there has been an increasing number of discussions in Europe about hydrogen as an energy storage and transport medium that can help with the urgently needed liberation of the energy sector from carbon dioxide emissions. Green hydrogen can be produced from renewable electricity through electrolysis, and transport is then possible via gas pipelines and tankers. Storage in gas caverns is suggested. One of the advantages of hydrogen is that it can be used in all sectors. After being converted back into electricity in fuel cells, it can power cars, trucks, trains, and even aircrafts. Hydrogen can serve as a starting material for the production of fertilizer and can replace coal in blast furnace processes.  The multi-use potential of hydrogen is why Europe needs it much more than what can produced by itself. With not enough space in Europe for renewable energies, all eyes are on North Africa. Morocco is one of the pioneers in North Africa to convert its economy to renewable sources. This country is considered exemplary on the African continent and is one of the pioneers in terms of renewable energies. There are also efforts in Algeria and Tunisia. Conditions in Morocco are stable thanks to Mohammed VI, but Algeria is on the difficult path to democracy and Tunisia is still a young country with frequent changes of government.  Because of this relative instability, there are initial considerations to produce hydrogen in Sub-Saharan Africa. Here, the developments in the energy industry are not yet so pronounced that a hydrogen infrastructure could be started immediately.

For this purpose, the African Green Hydrogen Deal was developed for the continent. The advantage of the Sub-Saharan region is that it is not linked to Europe’s fossil energy technologies. African governments, like that of Ethiopia, are already proactively and resolutely supporting sustainable environmental policies. Considerable natural resources are available for the production of green hydrogen because of the intense solar radiation. The overall aim is to ultimately reduce the dependence on the American dollar and the damage caused by foreign companies. In addition, the African economy can be further developed through the creation of a high-quality infrastructure—this all follows the keywords: Make Africa, make African Nations. The new, revolutionary concept could reduce the dependencies on electricity grids. The rural regions in particular are often not connected to electricity networks. In the case of the complete conversion to a hydrogen network, no electricity network would be required, since the hydrogen after its production by renewable energies is used to drive vehicles or to convert it back into electricity using fuel cells—a decisive advantage when electrifying rural areas. The hydrogen pipelines are to run along the major trans-African highways and connect 15 capital cities as well as metropolitan and mining regions. In addition to the mining regions, 11 large ports could also be connected for hydrogen export. For southern Africa, these connections seem obvious and can be clearly shown on the any map of the continent. The gas pipeline could start in the Horn of Africa and be built towards the north to Tanzania along the transoceanic highways, so ports would also be easy to include. These connections could lead to a fairer international distribution of wealth.  Especially in East and South Africa there are many very well-educated young people who are looking for professional challenges for personal development. These regions are connected to the major waterways via large ports such as Mombasa and Dar es Salaam and could potentially supply European energy markets. There is a distinctive university landscape in especially South Africa and also East Africa. The University of Pretoria trains chemists, physicists, and engineers. With the chemical company Sasol in South Africa, the continent also has considerable process engineering know-how. The time seems ripe for the first pilot projects for the production of green hydrogen and for a grand entrance onto the world market.

The Heavenly Garden within the Unforgettable Tanzania