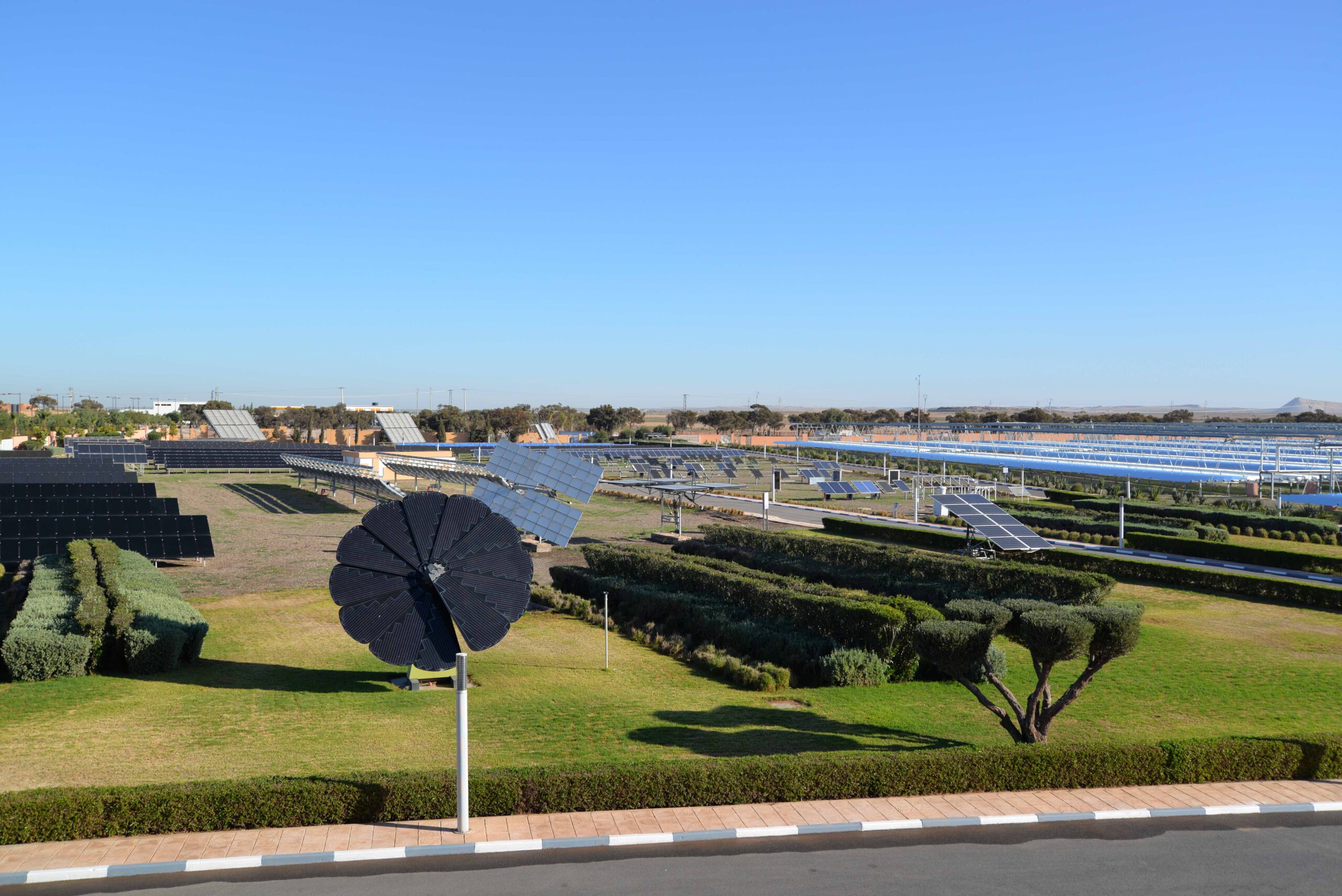 One of the founding ideas of the Desertec vision was to construct advanced solar power plants in the Menia region of the Magreb. Energy from the sun could be transformed into electrical energy that could help satiate Europe’s hunger for energy. In return, countries such as Morocco that have not profitted from lucrative fossil fuels can begin to benefit from a new clean energy industry that would majorly contribute to the national economy. In these respects, the founding of the Desertec Industrial Initiative has changed everything, and the Initiative’s ideas continue to sharpen. However, critics such as the late social democratic „solar pope“ Hermann Scheer were weary of the potential for neocolonialist trends. Furthermore, there were fears from Morocco of European technology being used to fuel colonial dependency.

About 10 years have passed and now only a few still believe that the world’s energy supply will one day depend on a 290 by 290 square kilometer in the Algerian desert. These first ideas of the desert project have since been developed and renamed Desertec 3.0. In addition to the first Desertec concepts, a hydrogen economy has been integrated into the developing energy markets of the MENA region for worldwide energy supply.

There is also a lot going on in Morocco. King Mohamed the VI has been driving his own value chains in the North African country without fossil fuels since his accession to the throne. One of the projects has been the Moroccan research company IRESEN. The organization executes projects for applied research in Morocco. The focus is on green technologies for Morocco and Africa at the highest level. To this end, 17 laboratories are funded at the universities of Marrakech, Rabat and Casablanca. At the same time, there is the Green Energy Park in the city of Ben Guerir which has a population of 100,000, about 70 kilometers south of Morocco. The center for solar research is located there. The complex consists of a state-of-the-art research building with a large outdoor area for experimental setups under practical conditions. There is also a Smart Building Park. This park is the result of a newly completed architectural competition where international teams built small houses with a budget of 20,000 euros. The houses were built from a wide variety of materials such as wood, concrete and hemp. They are electrically connected by a microgrid. The system also includes green sockets, which indicate whether electricity from the solar system on the roof or the network is currently being used.

The houses are now being rated on criteria such as energy efficiency and electrical consumption. Students from the surroundings of the research facility are said to live in the small houses. A water energy park is also planned, which also has to do with hydrogen technologies. Furthermore, there is a biomass research facility in Fes. The research center in Bengurier works closely with the University of Mohammed VI Polytechnique3 which sits only 500 meters away. There is also a cooperation with the Fraunhofer Gesellschaft.

Badr Ikken heads the solar research institute. The Moroccan is considered a cosmopolitan and a profound research manager in the Arab region for renewable energies. Ikken studied in Germany, where the top Moroccan researcher also gained his first practical experience.

His experience and influence is noticeable when touring the laboratories in Morocco. A wide range of activities shows an impressive picture of the state of development in Morocco. Young Moroccans are certainly busy at work. One focus is on the investigations into photovoltaic modules. Ikken says: “We deal with solar modules from countries such as the USA, Germany and China from companies such as Frist Solar and Hanwha Q Cells Co. and test their performance under practical conditions.” The topic of research includes real effects of the Moroccan sun and overall environment. In semi-tropical climates, the doses of UV rays are five times higher. There are also sandstorms that can disturb the surfaces of the modules. This research is supplemented by a review of the performance data specified by the manufacturers and an examination of the components such as cables, trackers, and frequency converters.

Basic research is also carried out occasionally. The Ikken team deals with equipment for the production of solar cells and 3D printers for the application of photoactive materials to textiles. Analysis equipment is available to evaluate the solar cells. An accreditation office is under construction to check the performance parameters of solar modules. An important issue is the behavior of lithium ion batteries at ambient temperatures of 40 – 45 ° C in Morocco. For this purpose, charging stations for electric mobility with electric cars are checked.

The CSP detention centers are another important research aspect. Ikken says, “Here we investigate, for example, how the parabolic troughs of the power plants can best be cleaned or how hybrid systems based on photovoltaics and CSP technologies can be optimally combined.”

This currently targets the evaluation of mirror surfaces. A robot moves the surface of a mirror to adjust a digital camera while it is producing a series of photos. Ikken explains, “The structure of the mirror surface has to be optimal so that the tube is exactly hit at the focal point of the mirror.”

In the extensive outdoor area, the use of the heat released during the energy conversion process is further investigated. In addition to electricity production, the use of thermal energy for the local production of phosphate and for drying agricultural fruits is also being considered. Other research topics include the aging of heat transfer oils or the use of olive oil as a heat transfer medium. The option of the Micro CSP is currently being closely considered in Morocco. For this purpose, a lens system focuses the sun’s rays on its solar module to increase the yield.

The coupling of the performance data of solar modules with the meteorological data is another aspect of the investigation, which is provided by weather stations distributed throughout the country. Ikken explains, “We receive the performance data from PV modules that are mounted on the roofs of engineering schools at 20 locations.” This allows a detailed solar topography to be created for the location selection. The Moroccans use the data to determine the payback periods for solar modules.

With this broad commitment, Morocco is certainly a leader on the African continent alongside South Africa. Furthermore, Ikken is in the process of establishing another research institute of this kind in Senegal, West Africa. In the development of renewable energies, Morocco is also building lighthouses that are visible worldwide. Like a visit to the solar power plant complex in Ouarzazate, the excursion to the Green Energy Park is an after-effects technical experience. These efforts will undoubtedly continue to bear fruit as social demands of the Desertec vision continue to be implemented.

Call for immediate action: no more aid money for the biogas sector in Africa

The Future of Just Transition in South Africa

Life as a model in Namibia