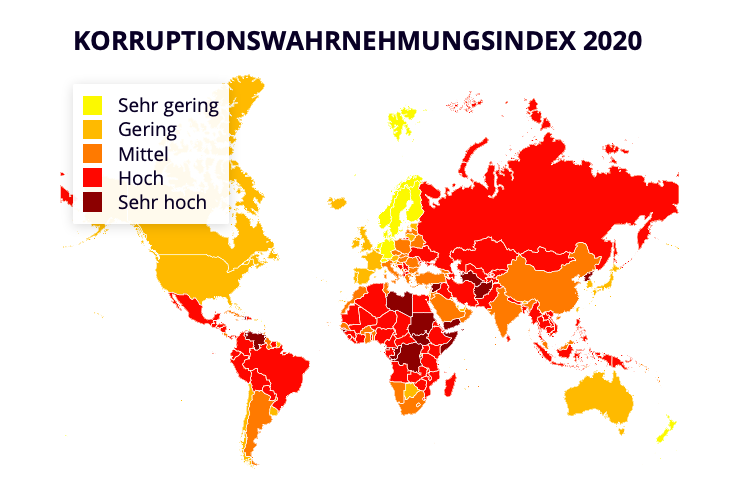 The Corruption Perceptions Index (CPI) is the world’s best-known corruption indicator. It is compiled by the International Secretariat of Transparency International and lists countries according to the degree of corruption perceived in politics and administration.

The index combines 13 individual indices from 12 independent institutions and is based on data from expert interviews, surveys and other research. The Corruption Perceptions Index refers to the public sector and does not cover activities such as tax fraud, money laundering, illicit financial flows or other forms of corruption in the private sector.

When it comes to corruption-free economies, the top performers are the Scandinavian countries and New Zealand. In last place among the African countries are South Sudan and Somalia. But among many other places, corruption unfortunately also plays a role in South Sudan and the Democratic Republic of Congo. Very positive: Morocco and Tunisia occupy a top position in the North African world. The whole list can be found here: