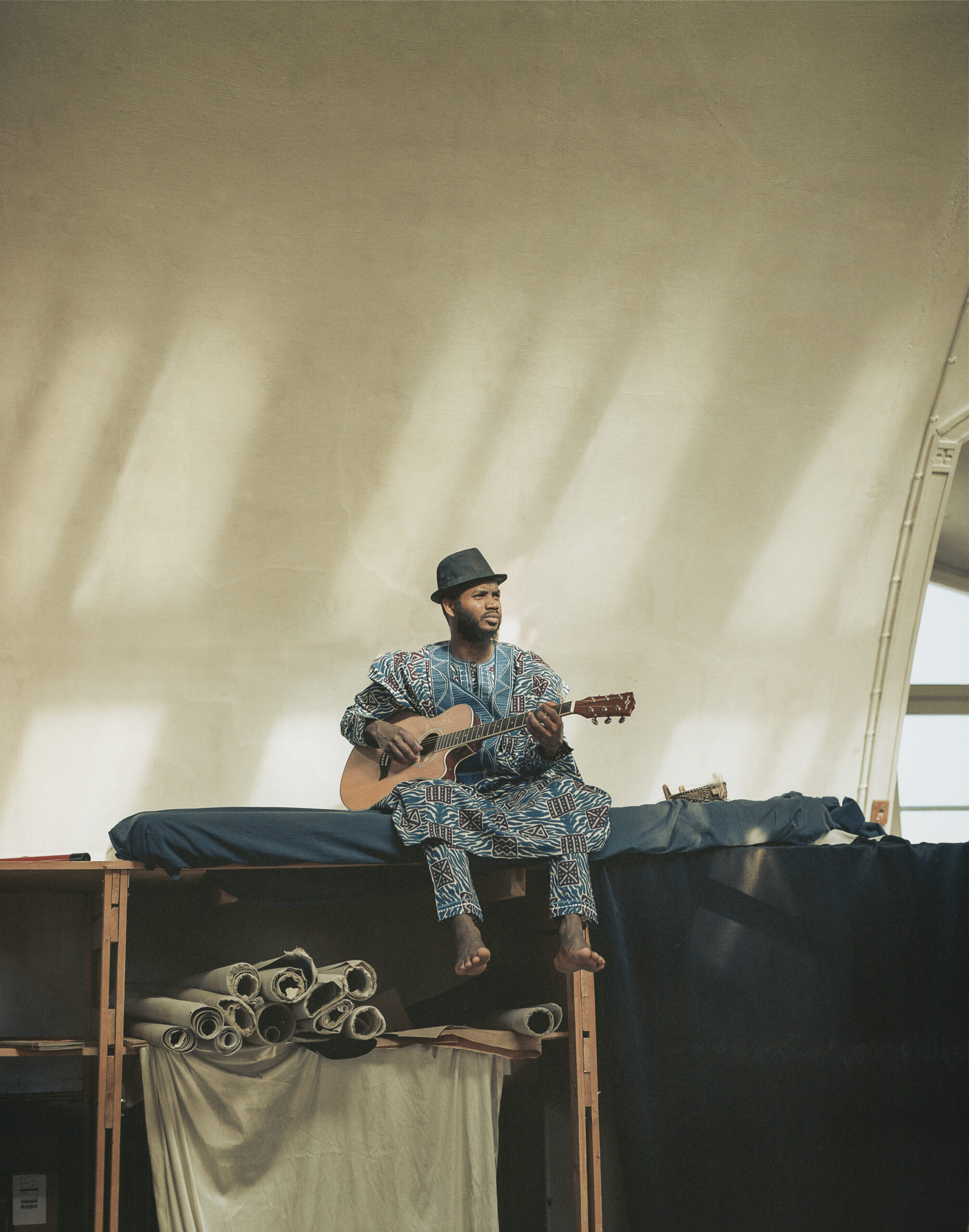 Ebo Krdum is a Sudanese-Swedish singer, multi-instrumentalist, actor and activist, born and raised in South Darfur/Sudan. He plays contemporary music in the style of Afro-blues and Afrobeat, rooted in various musical traditions of the sub-Saharan region. Ebo has released several CDs including Memory of War and in September 2021 his solo album “Diversity” with tracks from his live programme ‘The Sub-Saharan Jigs’.

At the age of thirteen, he built his own guitar and learned to play through his father’s radio and was introduced to the music of Ali Farka Touré and Boubacar Traoré. Later he learned other instruments such as gojo, ngoni, oud, tamur, drums, keyboard and flutes.

When the war began in Darfur in 2003, Ebo became an important voice for the peaceful revolution against the corrupt and violent regime in Sudan and became involved in humanitarian aid.

His lyrics and plays reflect the tragedies and hard truths of his homeland. They deal with justice, freedom, peace, civil rights, equality, harmful traditions or corrupt politicians. For this reason, Ebo was persecuted as a critical artist, so he had to leave Sudan. Today he lives in Stockholm, where he is one of the most prominent representatives of the world music scene.

We strongly recommend to use the VVK, as the number of seats is limited.

The Corona regulations valid on the day of the event will apply.

Organiser: Eine Welt Zentrum Herne with the kind support of Kunstverein Schollbrockhaus e.V., Weihrauch/Jebram GbR as well as the Cultural Office of the City of Herne

Biogas database for Africa to make the market more transparent

Investing on the African Continent