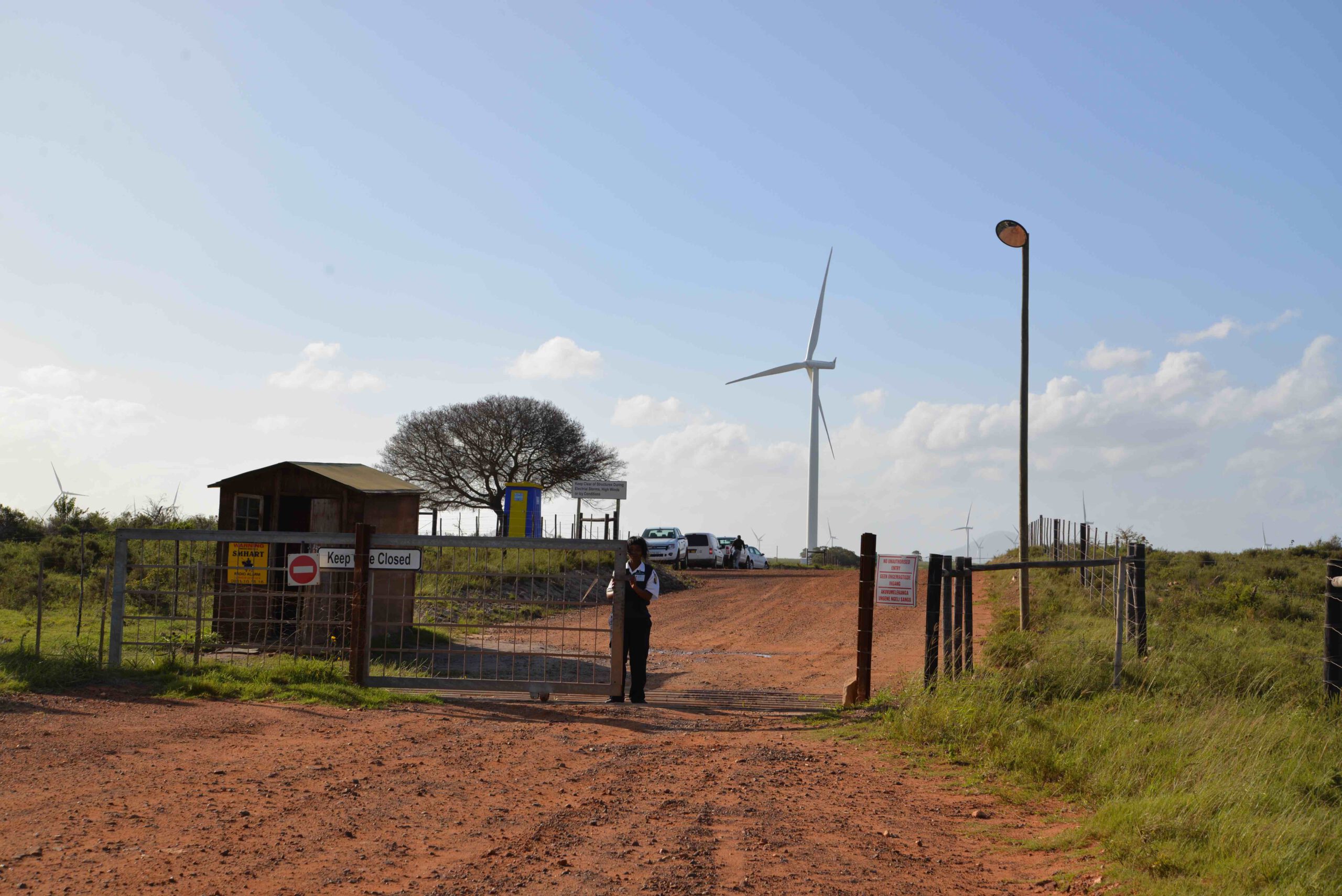 Worldwide, the wind energy sector is gaining momentum because wind energy is one of the cheapest sources of electricity. The production costs are even cheaper than fossil fuels, which makes wind a competitive alternative.

The experts from the Global Wind Energy Councils expect changing energy markets within which, wind energy can nicely position itself. This was reflected in the market overviews in 2018, which saw a solid year with 51.3 GW of newly installed capacities. This means an increase of 4 percent compared to the previous year.

Africa shares in this wind trend only at a low level. The wind market in Africa is still small and concentrated. Traditionally, hydropower dominates among renewable sources. In the past two decades, however, wind and solar energy have also appeared on the scene.

Wind energy has made considerable progress in recent years. In the past, the main market drivers were South Africa, Kenya, Ethiopia, Morocco and Egypt. According to the forecasts of the Global Wind Energy Councils report, an increase of 6 GW by 2023 should be possible every year, especially among the established market drivers. This must be done against the backdrop of challenges in Africa. With an increasing population, many people still do not have access to electricity, which is ultimately fundamental for development. The expansion of the current power grid still has considerable gaps.

In addition to nuclear power, the energy supply in South Africa is based on coal, which is abundant in the country. However, South Africa has committed itself to reducing greenhouse gas emissions by 42 percent by 2030. From 2008 to 2015 there was an energy crisis in the country with massive power cuts. These cuts were a threat to South Africa’s energy-intensive mining, automotive, and chemical industries. Those responsible recognized that changes in the energy sector are necessary to advance South Africa economically, socially, and ecologically.

Energy sources should be increased to include wind, solar and small hydropower projects. By 2030, 26 percent of the energy mix could be from renewable sources. These sources use cheap resources in South Africa. The potential for renewable energies is great: high levels of solar radiation, good wind conditions in less populated areas, and the availability of organic waste from agriculture.

At the end of 2011, the South African government granted electricity purchase licenses in the field of renewable energies for the first time. This implementation of renewable energies in South Africa was controlled by the REIPPPP procurement tool for large grid-connected RE plants. For large projects, the bidder with the lowest price is awarded the contract and is then allowed to use renewable electricity to deliver to the South African network. The bidder receives the lowest price per kilowatt hour. The REIPPPP also makes a contribution to socio-economic development, since the operators of the wind farms are obliged to offer the surrounding communities economic benefits. The South African transmission and distribution network is comparativly well-developed in Africa. More than 85 percent of the population have access to electricity. The South African government is pushing further network expansion.

South Africa observed one of the fastest growing wind markets in the world from 2010 to 2015. However, the expansion almost came to a standstill under President Zuma. That changed again with the appointment of South African President Cyril Ramaphosa in February 2018. In the coming years, there should be a significant increase in resources in the areas of wind and photovoltaics.

A total of 34 wind farms with an output of 3357 MW have been implemented in the power grid. There are good conditions for wind turbines, particularly in the coastal regions. All-in-all the total potential for wind turbines in the whole country is estimated at 6700 GW.

Of the wind turbine manufacturers, the companies Nordex, Vestas and Siemens Gamesa are particularly active. The Nordex Group focuses its activities on the African continent, primarily in South Africa. In the summer of 2012, the German company founded a subsidiary on the Cape and, as the most successful tender participant, secured a 28 percent share of the market with the Droper (100 megawatt) and Kouga (80 megawatt) wind farms. Today the Nordex Group has installed 563 MW of wind capacity in the country and 525 MW are under construction. In the past, Siemens Gamesa built the flagship Jeffreys Bay project, a wind farm on the Indian Ocean near Port Elizabeth.

In the neighboring country of Mozambique, there are unconfirmed reports of a small pilot plant in the province of Inhambane. However, solar and hydropower are more highly favored. Mozambique’s overall infrastructure is not at the same level as South Africa‘s. This is made even more evident in Mozambique’s overall weaker service sector. It is a major problem for renewable energies in Mozambique, says Dr. Friedrich Kaufmann from the Chamber of Commerce and Industry of Southern Africa. Another reason is the low electricity tariffs, according to Jens Hauser from the same organization.

Renewable energies are doing better in Namibia. The state electricity supplier NamPower operates three power plants with a total capacity of 493 MW in the former German colony. As in many African countries, hydropower has a significant share with an output of 350 MW, a coal-fired power plant with an output of 120 MW, and a diesel power plant with an output of 23 MW. In addition, there is a power line with the South African power grid in the order of 600 MW. There are also smaller PV systems. Network access is limited due to the low density population of Namibia. Economical network expansion is difficult because of the large distances. That is why electrification in Namibia is only 38 percent – a low figure even for sub-Saharan Africa. The proportion of renewable energies in Namibia is still low. However, capacities for the construction of 191 MW have been allocated. Almost all licenses are aimed at the construction of PV systems and only two at the construction of wind farms.

The first wind farm is the 5 MW Omkep Wind Farm near Lüderitz. It went online in the second half of 2017. The feed-in tariff for this wind farm is around € 0.07 per kWh.

In addition to South Africa, East Africa is a focus for wind energy. Potential studies show that Africa‘s strongest wind potential can be found particularly on the east coasts. The largest wind farm in Africa went into operation in Kenya almost a year ago. This has a capacity of 310 MW. The park is approximately 1200 kilometers from Mombasa’s seaport. Its implementation is exemplary for large-scale projects in difficult, inaccessible African areas. In the target area there are favorable wind speeds of 11 m / s for electricity production. The park was built by the Danish company Vestas. The Scandinavians also provide the service for high electricity yields.

Kenya can certainly be described as a model country for renewable energies. In the recent past, the utilization of fossil fuel fired power plants has reached an all-time low. In total there are 4.9 million electrical connections in Kenya and 59 percent of the people have electricity. In 2011, just over a fifth of the Kenyan population had electrical connections. In theory, about three quarters of the population have an electrical connection and could be reached. At 59 percent, however, the actual electrification rate is below what it could be. With the use of renewable energies, Kenya wants to use its potential to reduce its dependence on fossil fuels and their procurement costs. The use of these fossil fuel resources is said to be a footnote in Kenya’s history.

Geothermal energy plays a particularly important role. In this area, Kenya is one of the 10 most important countries in the world. The country also highlights its ambitions in terms of renewable energies on the banknotes: the 50-schilling thematizes green energy and includes images of solar energy, wind turbines, and geothermal power plants.

The neighbors Ethiopia and Tanzania

There is a project in Ethiopia similar to the Lake Turkana wind farm in Kenya. As is often the case in Africa, this project was implemented by Chinese suppliers. The 74 windmills of the Ashegoda wind farm deliver 120 MW of power to the African country’s power grid. Some 100 MW have now been installed. Especially in this East African country, the dry season is also wind time, which in turn means that wind energy is a good addition to hydropower. With 100 million people who are not connected to the national power grid and live mainly in rural areas, the energy need is enormous.

Contradictions meet on the great continent of Africa. The conditions for renewable energies here are unique worldwide. Progress in the sector of renewable energies is taking place in centers. Political stability accompanied by political will plays an important role in successful progress. If both are present, rapid advancement is possible. However, just as advancement can be supported by government, it can also be interrupted as in South Africa by the Zuma government.

The Career of young women with cultural diversity