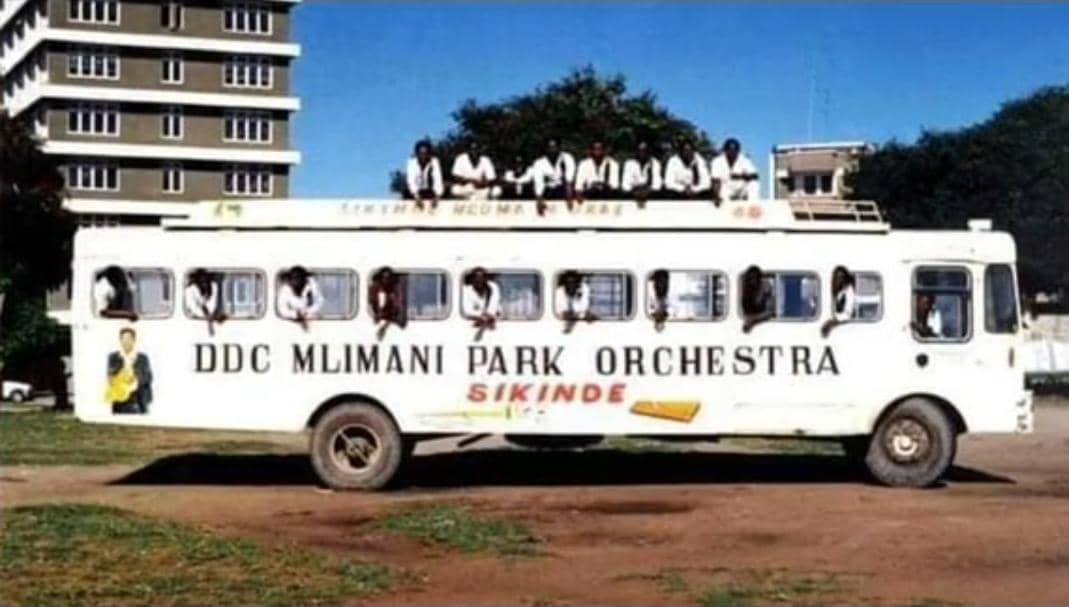 TANZANIA: Evolution of music in Africa can be traced since way back before the onset of colonialism. Africa is endowed with various kind of ethnic groups. Specifically Tanzania there are more than 120 ethnic groups of Tanzania have developed a large number of specific traditional musical and dance styles with corresponding instruments. Historically, the music of Tanzania has been used by more than 120 ethnic groups of Tanzania for specific functions, all aiming at expressing the various aspects of human life through the human voice and instruments. Traditional music plays a similar role for most ethnic groups, for instance,

Traditional African music has been used not for entertainment but for specific social functions. Songs are associated with life events such as births, mourning, games, prayers, work, wars and love.

Muziki wa dansi (in Swahili: “dance music”), or simply dansi, is a Tanzanian music genre, derivative of Congolese soukous. It is sometimes called Swahili jazz because most Dansi lyrics are in Swahili, and “jazz” is an umbrella term used in Central and Eastern Africa to refer to soukous, highlife, and other dance music and big band genres. Muziki wa dansi can also be referred to as Tanzanian rumba, as “African Rumba” is another name for soukous (Zuku in Swahili).

Muziki wa dansi began in the 1930s in the Dar es Salaam area (where most dansi bands come from), and it is still popular in Tanzania, although new generations are more likely to listen to bongo flava or other forms of pop music. Msondo Ngoma is an influential and long-lived Tanzanian muziki wa dansi band. Having been established in 1964, it is the oldest active dansi band in Tanzania. The band is well known for its Mduara (circle) dancing style, very common to many ethnic groups in Tanzania and around Africa. Young Tanzanians organized themselves into dance clubs and their bands, like the Dar es Salaam Jazz Band, which was founded in 1932. Local bands at the time used brass and percussion instruments, later adding strings. Bands like Morogoro Jazz and Tabora Jazz were formed (despite the name, these bands did not play American style jazz). From the 1960s to the 1980s, Tanzania had its own distinct African rumba music style, termed Muziki wa Dansi, (dance music) made popular by famous bands such as Tabora Jazz, Western Jazz Band, Morogoro Jazz, Volcano Jazz etc.  Artists like Marijani Rajabu, Mbaraka Mwinshehe, and many others are still famous in Tanzania. Ngoma Sikinde, for example, is associated with Mlimani Park Orchestra, and is derived from the traditional drum/ngoma (musical events held by the Zaramo). The main music instruments in muziki wa dansi involved guitars, a western drum set, alto and tenor saxophones, trumpets, and other related traditional accessories.

In the late 1980s, Tanzania changed its political economy, which was a socialist-oriented model to a free market economy. Investors, including musicians, came in from different countries with various new music genres. Local music experienced a variety of changes, which were accepted by the people of Tanzania. For instance, musicians from Democratic Republic of Congo (DRC) came with new modes of composition, harmony, playing and dancing styles, rhythmic patterns and stage presentation, which nowadays are common and popular in muziki wa dansi. Audience enjoyed the new style. In the 1980s, there was a famous band The Kilimanjaro alias Wana Njenje that made a tremendous job to promote the country ‘s music abroad. The band began to perform in top hotels and tourist centres in Arusha and Dar es Salaam. In 1989, the band toured London and changed its name to the current one. The band toured Japan in 1992 and 1994 to become the first group to perform in famous hotels. During the 1990s, Dr. Remmy Ongala and his band toured Africa, Europe and the United States. Later Twanga Pepeta toured Scandinavian countries in 2005. Those phenomena prove that the music evolution in Tanzania had been going to the international levels. Saida Karoli is a famous traditionalist Tanzanian female singer and performer, who sings in Haya (Buhaya the traditional language in Kagera region). Karoli’s music is described as natural with mellow vocals and hypnotically rhythmicism and she was hot during earlier 2000s.

The mushrooming of FM music stations and reasonable production studios and music labels has been a major boost to the music industry in the country. Contemporary artists like Diamond Platnumz, Harmonize, Juma Nature, Nandy, Rayvanny, Ali Kiba, Lady Jaydee, Zuchu,Mwana FA, , Dully Sykes, Professor Jay; just to mention a few who can command a huge audience of followers in the country and neighboring countries. This is a signal that the music industry of Tanzania is growing rapidly whereby there are more than 10,000 of artists of various genres from Gospel to other genre of music entertainment.

Rapid technological innovation and diffusion has been made the music production to run smoothly compared with previous years.The development of new technology in songwriting and production, and its widespread usage by young people, has given birth to the current popular music style known as Bongo Flava, or ‘MUZIKI WA KIZAZI KIPYA’, the music of today’s young generation. The qualities and modes found in this music are influenced by American, European and African music styles fused together. The music sometimes employs traditional melodies, to which western styles of composition and arrangement are added. Similarly, Bongo Flava’s dancing; costuming, singing and rhythmic patterns are inspired by various local traditions, even though to most listeners this popular genre sounds relatively Western.

Gospel music, specifically church choir (‘kwaya ya kanisa’) music, is another contemporary music genre of Tanzania that is influenced by traditional sounds. Notated music is normally used, and the choir is led by a conductor, as has been practised for centuries in the Roman Catholic, Anglican and Lutheran churches, for example. Currently, some ethnic groups compose traditional melodies for worshiping in the church.

Furthermore there is Taarab kind of music, which is genre popular in Tanzania and Kenya. It is influenced by the musical traditions of the African Great Lakes, North Africa, the Middle East, and the coastal regions as well as Indian subcontinent. Though part of the United Republic of Tanzania, the islands of Zanzibar basically coastal regions have Taarab, a unique music that means ‘TO BE MOVED WITH JOY’. It is the result of traditional Arabic, African (Swahili), Indian, Latin, Indonesian and European influences. The proponents of Taarab are like the Legendary and best of all time Bi kidude, Mzee Yusuph, Khadija Kopa and many others.

Nowadays BASATA, COSOTA, and other Ministry’s instruments of the government put much effort to make the works of music to be so official and music production to be taken as the legal work rather than hooliganism as being done before. That is to say every work of art by the artist should have copyright, license and patent as long as the artist has been registered and authorized to create, sample and perform music production. Thus every work of art for an artist is regarded as legal and authorized kind of artwork.

Various events and phenomena are operated and performed for instance shows, concerts and many other form of entertainment are undertaken. Various artists are performing at these events and earn their salaries. For instance the Annual Fiesta, Wasafi Festival and others entertainment events which involves various Artists inside and outside of Tanzania so that the audience can enjoy the variety of shows and performances by the artists. For example in the history of entertainment in East and Central Africa there has been no spectacle as big that has burned as bright as Fiesta. Fiesta has more than 10 years as the region’s largest and oldest music festival and is commonly referred to as “East Africa’s Biggest Stage“ Starting as an annual show in Dar es Salaam over a decade ago, and is highlighted by the Fiesta Grand Finale Show in Dar es Salaam that has an annual attendance of over 50,000 people.

Apart from Fiesta there is annual festival like Sauti za Busara (in Swahili: “Sounds of Wisdom”) is an African music festival, held every year in February in Zanzibar. It is centered in the Old Fort (Ngome Kongwe).  Sauti za Busara has become one of the largest music festivals in East Africa, with several hundreds of artists participating each year. It showcases a diverse and dynamic programme of exclusively African music and has over the years provided a stage for local Swahili talent, from Taarab legends like Bi Kidude and Culture Musical Club, to homegrown Tanzanian pop and hip-hop.Moreover, it is a fact that Bongo Fleva musicians countered criticism from music lovers and were branded hooligans because of their dressing. New generation music “Bongo Fleva” has now gained popularity and earns artistes millions of shillings compared to their past counterparts.