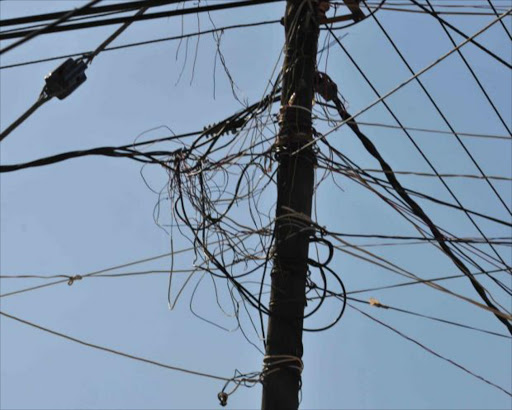 The South African government has taken a drastic step to curb the rampant theft of copper cable and other forms of scrap metal. The theft of cable and scrap metal has crippled power supply, left trains unable to operate and damaged public infrastructure in many parts of the country.

Criminals in South Africa are stealing metal infrastructure, selling it to intermediaries and legitimate metal processors while disguising its origin. To mitigate the crisis, the government recently resolved to implement a temporary 6-month export ban on scrap and waste metal, including copper cable, together with a permit system for export of specified semi-processed metal products. The policy document states future phases will include a strengthened registration system for scrap metal buyers and sellers. This will improve monitoring, policing, and limit the use of ports and border posts for scrap metal trade in the future. These changes in legislation aim to make the trade in stolen copper and metal more difficult.

Cable theft has exacerbated inefficient electricity supply and cost taxpayers billions to repair. Information from the Department of Trade, Industry and Competition suggests that on an annual basis, theft of copper, semi-finished and nonferrous metals costs South Africa’s economy an estimated €2.6 billion.

Such thefts are causing economic harm, inconvenience to workers and commuters due to rail disruptions, resulting in rising levels of public outrage. The financial cost of electricity disruptions also impact businesses of all sizes. Last but not least, the safety risk to communities and children when criminals damage and leave behind exposed live electricity cables cannot be overemphasised.

Some scrapyard owners are believed to be masterminds by creating a market for thieves specialising in the theft of electricity cables, plunging residential areas into prolonged darkness. When thieves steel cables, their selling price is usually lower than in a formal market. Many of them have been electrocuted to death while attempting to steal high-voltage electricity cables. In recent times, criminals pounce during load-shedding hours to avoid the danger of electrocution. If convicted, the criminals face up to a maximum of 15 years in prison. However, this has not deterred criminal syndicates who are also at risk of death by electrocution.

There are concerns from scrapyard owners and recyclers saying that the metal trade ban is destroying their livelihoods. On the contrary, it x\should be noted that some recyclers are resorting to crime to make a living in this industry. Fighting crime requires concomitant action from all social partners to salvage what is left of the ailing infrastructure.