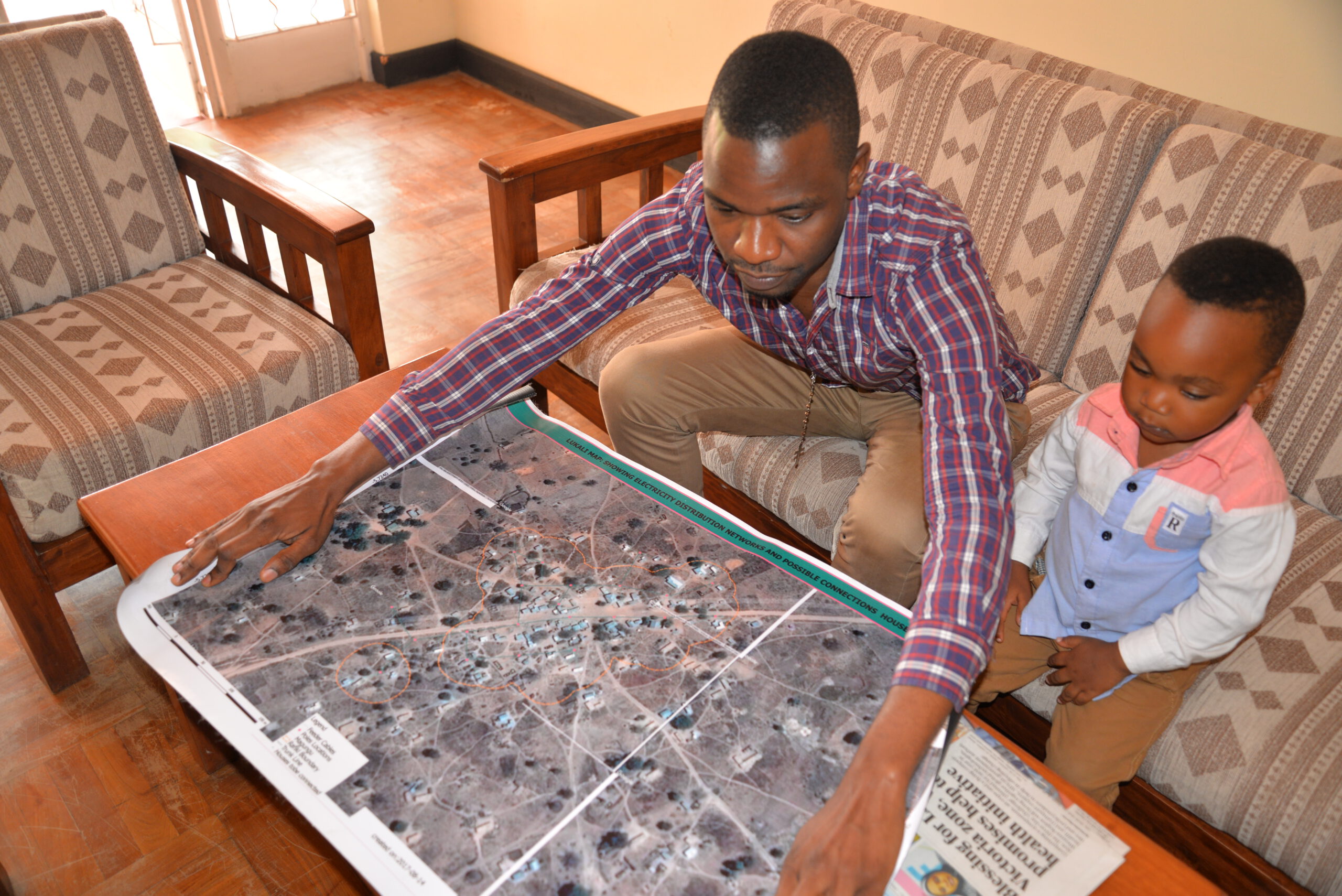 An energy shortage is hampering economic activity in many parts of Africa. This is a major problem for the economic development of regions especially south of the Sahara. Sub-Saharan Africa in particular is one of the areas with the lowest energy consumption per capita worldwide. Consumption is only a third of the global average and is half that of developing Asian countries. Furthermore, this region is rated in the top three in terms of energy poverty worldwide.  An off-grid solution to this energy shortage may be possible with a storage-enabled PV system that could bring electricity to rural areas and consequently stop the rural exodus.

Many people in rural areas of Sub-Saharan Africa do not have access to electricity, which may prompt a rural exodus. Electricity is typically distributed along the main traffic routes through to the highlands. In Tanzania, these roads are also used to bring fruit from domestic fields to the port cities. Truck drivers collect their loads of goods at the cross sections of smaller and larger roads. At these nodes, lively economic activity has developed; the cross sections are not just the collection point for goods heading to port cities, but there are also now restaurants and shops to accommodate everyone involved in the process.

When it comes to electricity, smaller electrical lines branch off from the main arteries and tend to follow from main roads to rougher backroads and paths. These paths run through crop fields as well as villages. Colorfully painted trucks, tricycles and motorcycles transport fruits and people on these routes in the tropics. The power lines end even further away from the main arteries, but a journey in an off-road vehicle would take a person through villages without electricity. Looking out of the window, life without electricity seems severe.

If it is up to Rafiki Power, a company from Kenya, off-grid solutions would provide electricity to these remote locations. Rafiki Power was founded by the managing director, Daniel Becker in 2013 with the help of the energy supplier E.ON Off Grid Solutions GmbH. According to the company philosophy, people without access to the national power grid should still have access to clean and affordable energy. To date, Rafiki Power operates eight mini grids with a supply unit consisting of a PV system, a battery, and control technology. This technology is used to supply 950 companies and households with renewable electricity. The equipment was delivered from Germany.

The villages of Chang’ombe and Dongo serve as prime examples of this setup. The small towns are located about 20 kilometers off-road from the main traffic routes. The journey over a dusty path made of red earth goes past numerous small villages where African life is teeming. People wearing traditional clothing bustle about their day. Children line the village streets and pass the time playing checkers. The huts are surrounded by fields, clucking chickens, and grazing cattle, and are usually topped by a corrugated iron roof.

Between these two small villages sits one of the container solutions from Rafiki Power consisting of a battery with a solar cell on the roof. The battery was delivered by trucks to the already installed container. In 2017, the villages were then finally provided with electricity using a mini grid during a three month construction period. Before electrification, experts engaged with local residents to explain the project and the local authorities agreed to receiving the technology. Gradually, more and more households asked for electricity.

The power lines go from the central container system to the houses of the villages and supply them with electricity. To this end, the above-ground electricity network is based on telegraph poles. There are now 350 households connected to Rafiki containers. The mini solar power plant also supplies electricity to a hospital and a well. The fountain’s pumps, which are supplied with renewable electricity, pump 1,500 liters of drinking water a day. This vital water can then be picked up by people using plastic canisters.

This project has brought electricity into the villages. Although some light and the charging of mobile telephones can be provided for by a simple solar panel with a battery, TVs, refrigerators, and washing machines can only be operated by PV electricity from the container solution from Rafiki Power.  It is regularly serviced by a technician, which also includes regular cleaning of the modules.

Electricity has allowed for some new shops and entertainment in the villages including a guest house, a cinema, and a grocery store. The Chang’ombe blacksmith can now finally work with an electric welding machine. Rafiki Power supports its customers with the purchase of these electrical devices with cheaper loans. There is a small shop now also located near the container. The shop, among other items, has a popcorn machine and an electric sewing machine for sale. You could be the start of small business.

Adrian Mapunda is the country manager of the company. An electric engineer, Mapunda studied at the University of Pretoria in South Africa and had his first professional experience while there. Mapunda has been dealing with renewable energies in Tanzania for several years. He explains that the idea is to prevent the rural exodus. Young people in particular have been leaving the villages and flocking to the cities for more opportunities. This exodus could lead to slum formation—a process that the government also wants to counteract and is therefore supporting Rafiki Power. Not to mention, rural regions need electricity for safe water and health care.

Tanzania has ambitious plans: the whole country should be connected to electricity by 2021. Internationally, the country has recently come under pressure due to its dealings with the LGBTQ community. However, Mapunda says: “In comparison to many African countries, Tanzania is safe and people take care of each other. You live in peace. The government cares for its citizens. However, corruption is a big problem.“

Rafiki power is headquartered in Atruscha, a town of around half a million inhabitants in north-eastern Tanzania at the foothills of the Serengeti and at the foot of Mount Kilimanjaro in a British colonial style villa. The country manager explains that around 14 people work in the offices of the spacious rooms. This is where the lines of the micro grids come together. The energy supplier E.ON recently quit as an investor because profits are only slowly bubbling. A new investor has now been found in the neighboring country of Kenya. This switch of investors was associated with some restructuring for the East African start-up, and unfortunately, some employees were laid off.

Plan, check and wait with GPS

Daniel Kusongwa’s workplace is also in the villa. The 30-year-old man is the company’s GPS specialist. During conversations, the technician spreads out an aerial map of a rural village. Small rectangular spots symbolize the huts. If they are close together, implementing a micro grid is profitable for Rafiki Power and the representatives make an offer to the villagers.

GPS technology can also be used to maintain and check the power grid. The company’s service hotline can also be found in Aruscha. People having their first experience with electricity sometimes call the hotline overjoyed with an electric washing machine.

Country manager Mapunda still envisions more: “Small factories could be built in the villages, for example, that could help with the production of tomato sauce. That would be much more efficient than having production located further away. ” Mapunda wants to keep the people in the villages. The comprehensive electrification could improve the quality of life for people living in remote areas and it is also in the government’s interest to do so.