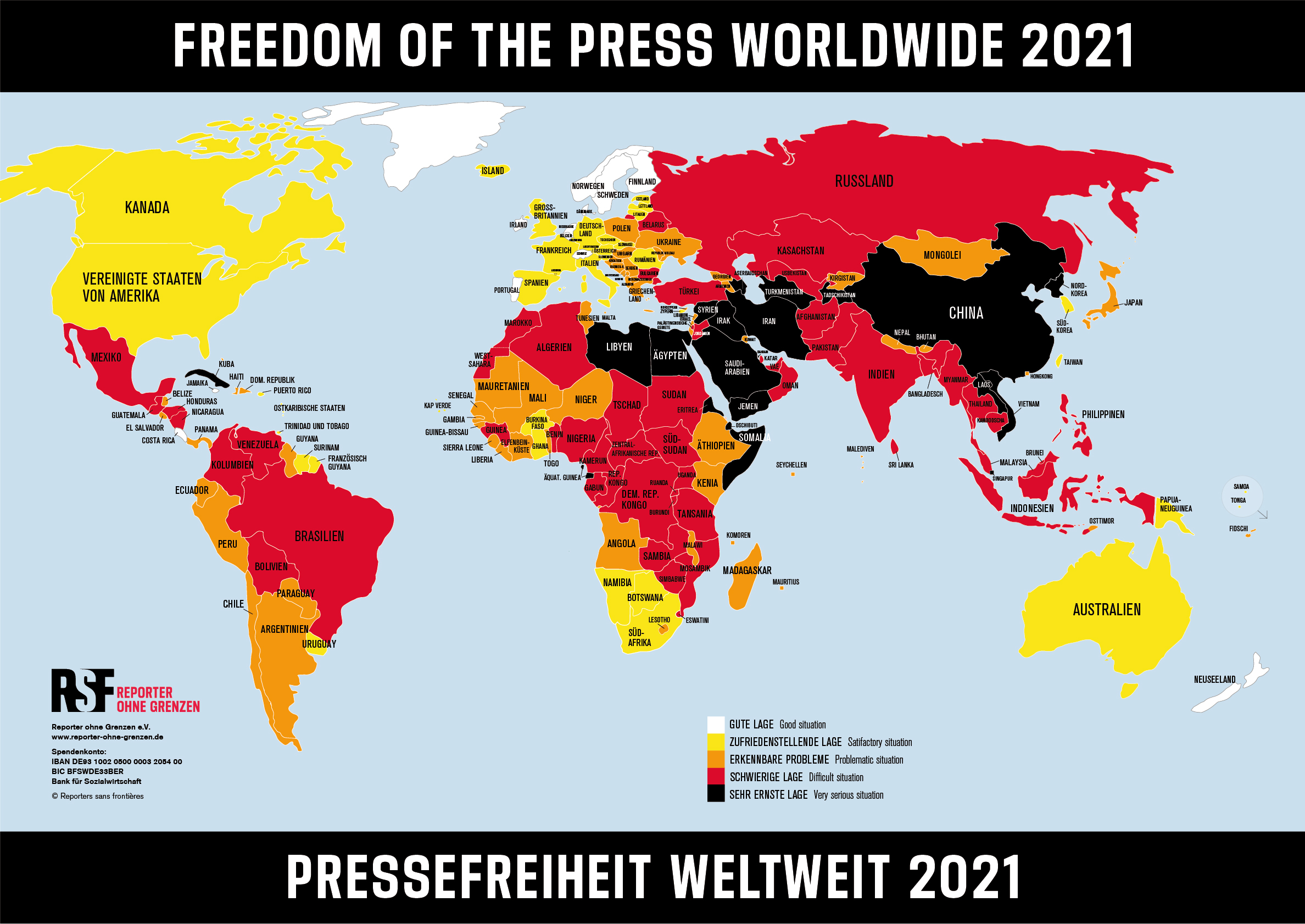 Berlin – The initiative “Transparency and Media Freedom – Crisis Resilience in the Global Pandemic” of the German Federal Ministry for Economic Cooperation and Development (BMZ) and DW Akademie supports independent media and media organisations worldwide. On Thursday, 6 May, BMZ and DW has presented the initiative.

According to Reporters Without Borders, repressive states have abused the pandemic to further restrict free reporting. But democracies have also struggled to ensure good working conditions for journalists during the crisis. In the meantime, only twelve countries still have a “good situation” for media freedom – that is fewer countries than ever before. In 73 of the 180 countries surveyed, independent journalism is largely or completely blocked, and in 59 others it is seriously obstructed. Last year, there were more attacks on media professionals than ever before.

The BMZ supports measures to strengthen media freedom in more than 30 countries worldwide. 30 million euros are available annually for this purpose. The measures are implemented by DW Akademie und Medien and non-governmental organisations such as Reporters Without Borders.

For the new resilience initiative “Transparency and Media Freedom”, the Development Ministry is providing another 10 million this year. One focus is on supporting independent local and community media in developing innovative information formats and business strategies. For example, DW Akademie accompanies partner media in setting up digital editorial platforms for local media in Africa and Latin America and also in realising a fact-checking alliance in Asia so that local and community media can provide the population with reliable information during the Corona pandemic.

Another focus of the initiative is to encourage young people in the critical use of media. The focus here is on social media. For example, German development cooperation partner organisations in the Middle East and Latin America are developing curricula to teach media skills. Content is also disseminated via messenger services such as WhatsApp.

In addition, networked information and communication forums are improving the framework conditions for effective corona education and crisis communication. For the first time, state, civil society and media actors will be able to conduct crisis management together.

Press release of the Federal Ministry for Economic Cooperation and Development

Journalism from Africa for Africa – Military Aid for Egypt