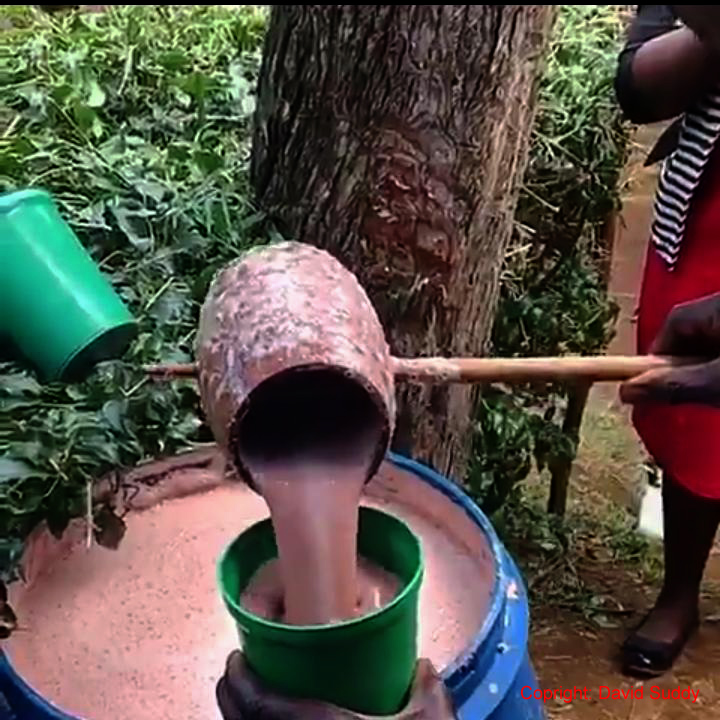 Mbege is a main traditional (local) brew of a famous Chagga tribe found in Eastern Africa that originates in the slopes of Mount Kilimanjaro. The main economic activity governed by the tribe is trade and farming.

This traditional brew is an alcoholic drink made from ripe banana, finger millet and water. The process of making of mbege is labour-intensive and time-consuming as majority of its production processes are typically hand-made, i.e. don’t rely on the aid of modern technology.

Mbege has been used by the Chagga community for centuries in daily life as well as in various occasions, ceremonies or celebrations as further described below with a purpose of bringing together and uniting the Chagga society.

It is believed by the Chaggas that the spirits of the elders who has passed away still live and the living society can talk to them by performing traditional rituals. During the rituals, Mbege is poured on the graves of the elders and the one doing it can make a wish or ask for assistance in resolving life matters.

It is also believed that, once one has taken a sip of the brew they automatically be humble and will only speak the truth hence making it easier in finding a peaceful resolution. Whenever the Chagga elders want to settle a dispute in their families, they must conduct a family meetings or gatherings steered by Mbege drinking session.

In all traditional ceremonies in the Chagga community you will find this amazing drink. During marriage a dowry must be accompanied by a good quantity of Mbege. Without it the dowry will not be accepted. The quality of Mbege brewed under such circumstances is also measured.

The Chaggas usually ends each harvest season with celebrations. This is the time in which farmers congratulate each other for the hard work and long-waited harvests. Many farmers prefer to sacrifice part of their harvest for such celebrations with endless dancing sessions.

Definitely, this traditional brew is a drink with purpose.

Journalism from Africa for Africa – Military Aid for Egypt