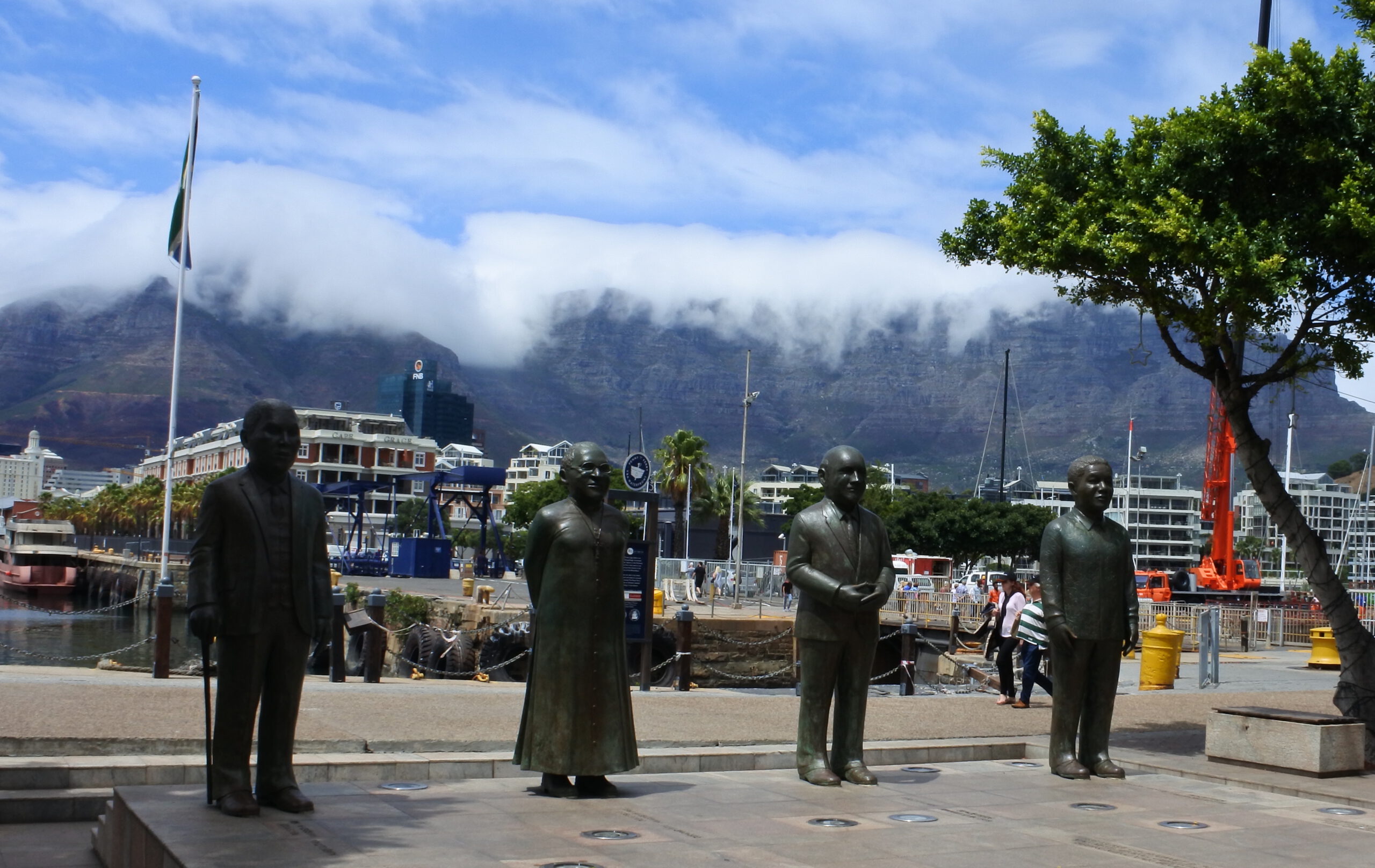 Herne in Germany: With the death of South Africa’s Desmond Tutu, it came back to me: In May 1995, sponsored by the scholarship of the South African Chemical Society, I flew to the country of upheaval. I still have fond memories of the flight. The travel agency arranged a connection from Frankfurt with Air Portugal via Lisbon as the cheapest option. I had previously met the South African chemistry professor Simon Lotz through an interesting publication in Angewandte Chemie. Simon was a marathon runner like me. The chemistry was right between the two of us in the lab and in the numerous 10s and half marathons. The running scene in Africa at that time was characterised by the isolation of apartheid. For many, especially white South Africans, it was a part of life to participate in runs between 10 and 100 kilometres. I was to become part of this scene. A sporting highlight of the time: from city to city, from Johannesburg to Pretoria, over 50 kilometres. I was the first to do this with him. With my lab journal and my passion for running, he motivated many students after me. But back to the journey:

I was in joyful excitement. My first job in a country in transition, a country that was all over the news, a country where runners are folk heroes. In Germany, the job market for chemists was as good as dead after all the hardships of studying chemistry. Finally a chance, and at the Cape of Good Hope! Nomen est Omen.

In Lisbon, I had a long chat with a Dutch woman about a relationship that had broken up with her, and I told her about my plans. Nice conversations between Dutch and Germans were not yet a matter of course at that time. She reflected me as a nice person. That reassured me, because it was my first international experience that was to last a year. My things for a year were packed in a large Samsonite suitcase: two pairs of trousers, two shirts, a pullover, a jacket, the valuable T-shirts of the Berlin Marathon, the famous book of my doctoral supervisor and 1000 DM as a reserve.

Then on the plane from Lisbon to Johannesburg: it was a colourful mix of different people. After a few hours of flying, there was a stopover in Zaire, West Africa: passengers were getting on and off. The airfield presented an adventurous picture. I remember a tin hangar and African life next to the tarmac. Women carried goods on their heads through tall grass.

The Ebola virus had just broken out in Zaire, not without danger. An airport employee walked through the plane and sprayed disinfectant against it, and that was it. On the flight, I drew a map of Africa and marked the point where our plane was. The drawing was to go home by letter.

Then the approach to Johannesburg. The airport was still called “Jan Smuts” after a former South African prime minister who was responsible for segregation laws.

After I got my suitcase back and passport control was behind me, I met Simon. His words of greeting were : “How are you?”. Simon had worked in Germany twice for a year, so he was very fond of Germany. When we met, Simon was in his early 40s and with his athletic appearance so drastically different from mine, which had been shaped by his student days at Philipps University in Marburg with its outstanding research personalities at the top international level.  Pure South African hospitality and warmth. From Johannesburg we drove to Pretoria, passing the church where Desmond Tutu preached. Simon drew my attention to this. Tutu was one of the most outstanding figures in the struggle against apartheid. He coined the wonderful idea of the Rainbow Nation.

My journey was to continue, from time to time more…