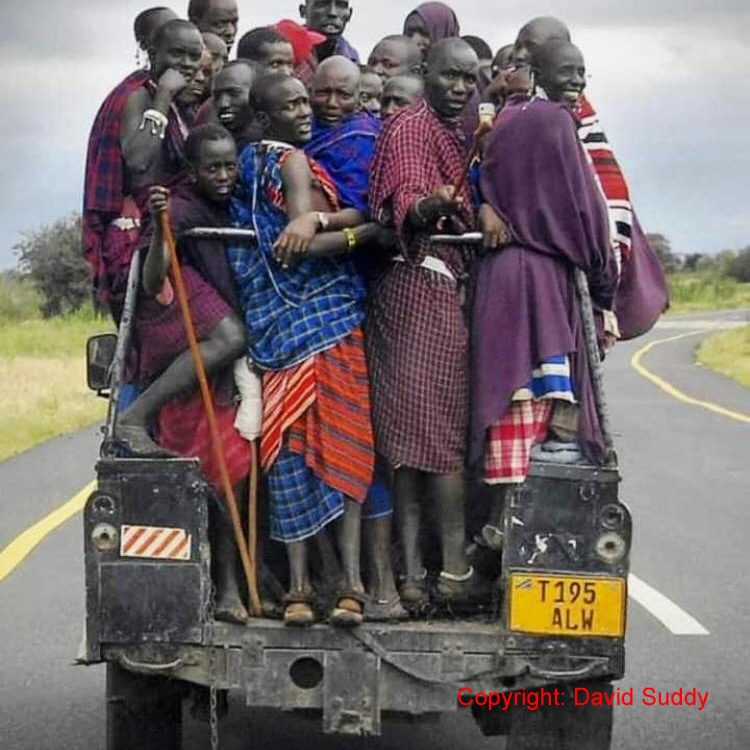 Tanzania – Maasai are commonly recognized as pastoral community found basically in Northern areas of Tanzania notably Arusha region. The community is located in areas furthest from Arusha town at the rural places like Longido, Ngorongoro, Monduli  Simanjiro and so on. They prefer to reside in places away from towns and cities so that they could undertake their socio-economic activities without disturbances exist in urban areas. Areas like Kisongo in Arusha is among places which have been planned away from town and city for agricultural and pastoral purposes. The large percent of the indigenous found at Kisongo are Maasai and other ethnic tribes; since Maasai are dominantly on pastoral activities and they are always entering in conflicts with crop cultivators and environmentalists. Maasai entrepreneurs always get access to Kisongo market auction together with their animals and other associate  products like diaries and so on.

Due to the nature of nomadic pastoralism  adverse impacts to environment occur at large scale for instance overgrazing phenomenon by the ruminant animals led by Maasai Pastoralists. These events have much influence on soil erosion, which affects the pathways and trailroads which could otherwise make smooth accessibility of motorvehicles. Therefore, most of the people avoid to invest on transport system in these kind of areas which have been affected with soil erosion while the Maasai pastoralists always keep on walking and covering large distances for their socio-economic activities.

Means of transport in Maasai community is not well developed i.e.  the condition is not smooth as it is transferability handicap especially to people (suppliers and customers) from remote areas who can’t easily get access to the market; meanwhile others can’t even afford the price during the day of market auction. The transportation is still hard and unfavorable mostly in public transport (in vernacular language known as Daladala) since people are always congested. Maasai people are congested on one truck (sometimes over 25 people in the transport system like mini-buses or land cruisers, land rover sometime on tractor trailer ). The Maasai people from the place of about less than fifteen kilometers (<15 kms) are used to walk with their animals as means of transport to the market auction together with their goods and products. The market structure is still not encouraging; this is due to the poor accessibility of the market by the people from remote places or villages which are found interior. The condition is still worse off since the infection of Covid 19 as the notable case which makes people talking one language nowadays: the adversity is alarming to much extent while precautions are not taken seriously. Meanwhile traumatic congestion of people in public transport for instance people are filled in one car beyond the level seats which allows about 14-20 passengers to be carried: thus more than 30 passengers are carried in one public transport. The condition is so dangerous to people’s health because people can easily being infected with various diseases such as TB, Influenza etc. Recently he emergency of Covid 19 also is a nightmare to these kind of public transports especially during the days of auction at the Maasai market. The Covid 19 nightmare is a threat as long as most of the passengers are being congested in public transports. Thus this kind of interaction existing in public transports may support the spreads of the Covid 19 nightmare especially these days of market auction.

Thus the transport of these kinds of goods varieties is still challenging as the suppliers are forced to wake up earlier so as to arrive at the market auction. Regarding the high price of transportation basically at the evening times the transportation is still worst since some passengers with their livestocks can’t afford the prices of public transports as it boosts up. The condition forces the less powerful suppliers to carry their livestocks and other material goods at small quantity.

Moreover during winter season the condition is much worse since the area is open and people become wet whenever it rains. Some roads become impassable considering most of the areas people used to are “walking paths” so as to looking for their material goods and services found at Maasai market auction; thus the dusty in summer and muddy conditions in winter are boresome to both suppliers and customers. Thus the accessibility to this kind of market becomes challengeable to people either those who are walking or those with private cars.

We have already published: