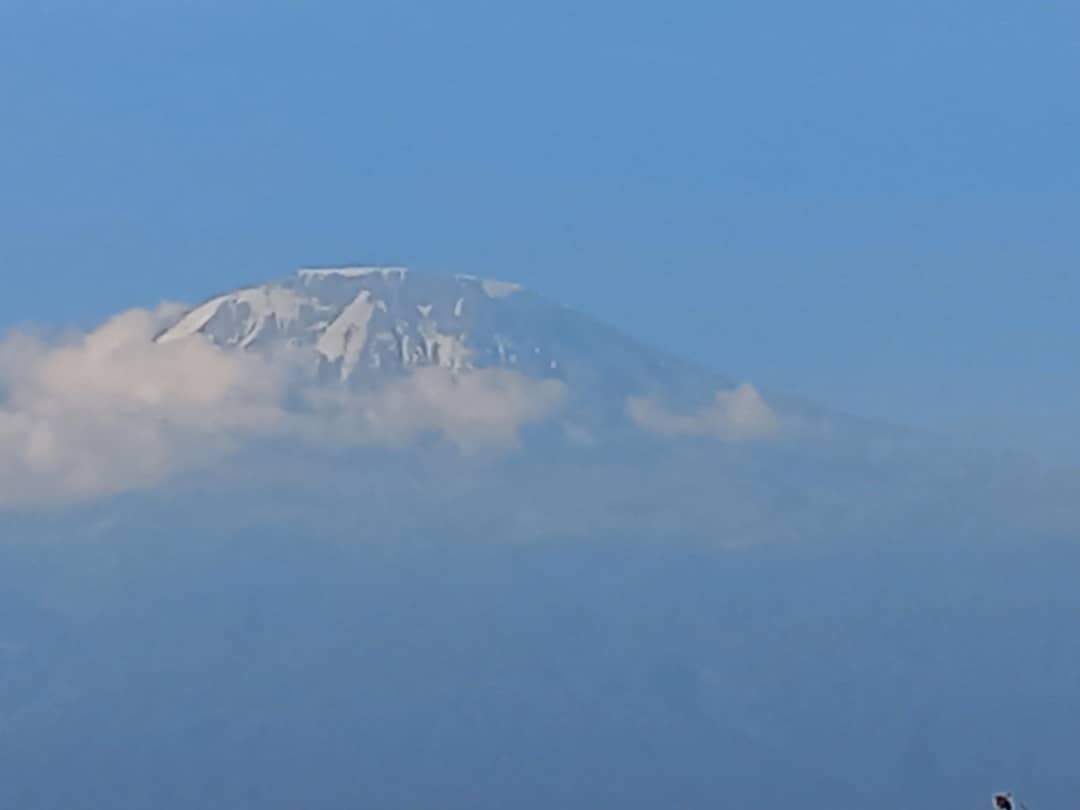 TANZANIA: Etymologically Kilimanjaro comes from two Bantustans words basically of Swahili and Central Chagga known as Kilima which means Mountain and Njaro which means Whiteness or shining. Hence Kilimanjaro means the shining mountain linguistically. Naturally Kilimanjaro is a mass of free standing volcanic cones mixed of lava and pyroclastic materials such as dust and ashes as it’s called a Stratovolcanic dome/cone. Kilimanjaro is the number one mountains in Africa with approximate height over 5895 meter above the sea level; not only that in other aspects it is number one as the largest free standing mountain in the world.

Kilimanjaro is an awesome composed of three independent peaks such as Kibo, Mawenzi, and Shira. The peak of Kibo plateau has a permanent glaciers covering its entire tip and is the most attractive sight, pulling in over 10,000 foreign and local tourists per year. However, the glacier that is under the threat of disappearance was not only the object of interest of tourists, but also a natural reserve of freshwater. It is claimed that the mountain  has been there for a long time while the indigenous filed to climb it until  the German Geographer as  a very first person to reach  the mountain peak in 1889. That’s why another name for Kilimanjaro is the European pronunciation of a Chagga phrase “KilimaKyaro” meaning “Too Longest Mountain to be Climbed” until the Hans Meyer there Geographer proved them wrong.

Apart from those attributes Kilimanjaro mountain has all kinds of climatic conditions from the lower grounds ground to the top of the mountain i.e. when  experience the phenomena of the mountain you may find  the weather conditions range from Equatorial, Tropical, dry as  well as arctic climatic conditions. In the lower reaches of Kilimanjaro mountain there found various flora and fauna species including tropical rain forest and other plant species as well as wild animals such as blue monkeys and many others. There are various phenomena to be found on the Mount Kilimanjaro which are attractive to tourists. Along the lower slopes of Kilimanjaro there are various human activities such as harvesting timber, and livestock grazing in different areas, and many other activities.

As Exceptional natural resource in Tanzania Kilimanjaro mountain is claimed to be a slay queen beautified with swagg/ fashion cap of snow which geomorphologically underwent glacial formation over 10000 years ago during the last ice age. The snowiest weeks in Mount Kilimanjaro are weeks of October and winter period of June due to the furthest point of sun from the southern hemisphere these days. Some weeks of December also are blessed with snowfalls. These also are referred to as the seasonal snowy conditions; the white cap which is permanent throughout the year is what makes Kilimanjaro a unique and attractive mountain.

Time is nearly 90 minutes to see Kilimanjaro largest glacier while the cap of glacier is expected to melt as it is estimated to undergo extinct up to 2050. East Africa and the world will suffer from the beauty of our Kilimanjaro slayqueen who attracted more attention since she will no longer slay for the years to come as a snowcap is turning older. as the highest point of the continent (Kilimanjaro) has become a symbol alert for climate change. The nightmare of climatic change is terrible truth these days since Kilimanjaro glacier melting quickly; the adversary of warm weather conditions is a notable nightmare from latter half of 19th century to 21 century. Unfortunately the shrinkage of Kilimanjaro’s glaciers is a sad, but inevitable truth; some areas are vulnerable to weather and sunlight and have probably experienced melting and refreezing. Hence Rapid climate change from the 20th century is directly responsible for the increased rate of loss, or sublimation, of Kilimanjaro’s glaciers.

High dryness in East Africa is deemed to be the main reason of glacier shrinkage and it may be speeding up owing to global climate change. Another driver of local climate change on Kilimanjaro is deforestation. Although recent researches show that this affects only lower elevations.

The loss of Kilimanjaro’s glaciers is a sad, but irreparable truth, global campaigns to save the mountain’s ecology were taken and a stop put to rampant tree-felling and unchecked agricultural activity on its slopes. We cannot stop the process of disappearance of these tropical glaciers, but we can grasp a lesson from this phenomenon: to care for our planet and choose sustainable, responsible approaches.

Comment: Is there still snow on Kilimanjaro is a question that moves us. The disappearance of the glacier is a prominent example from Al Gore’s book. The Inconvenient Truth. Now, some 15 years later, our team has flown around the summit with a drone to see what Al Gore’s claim is true. For this, our author David has described the text above.