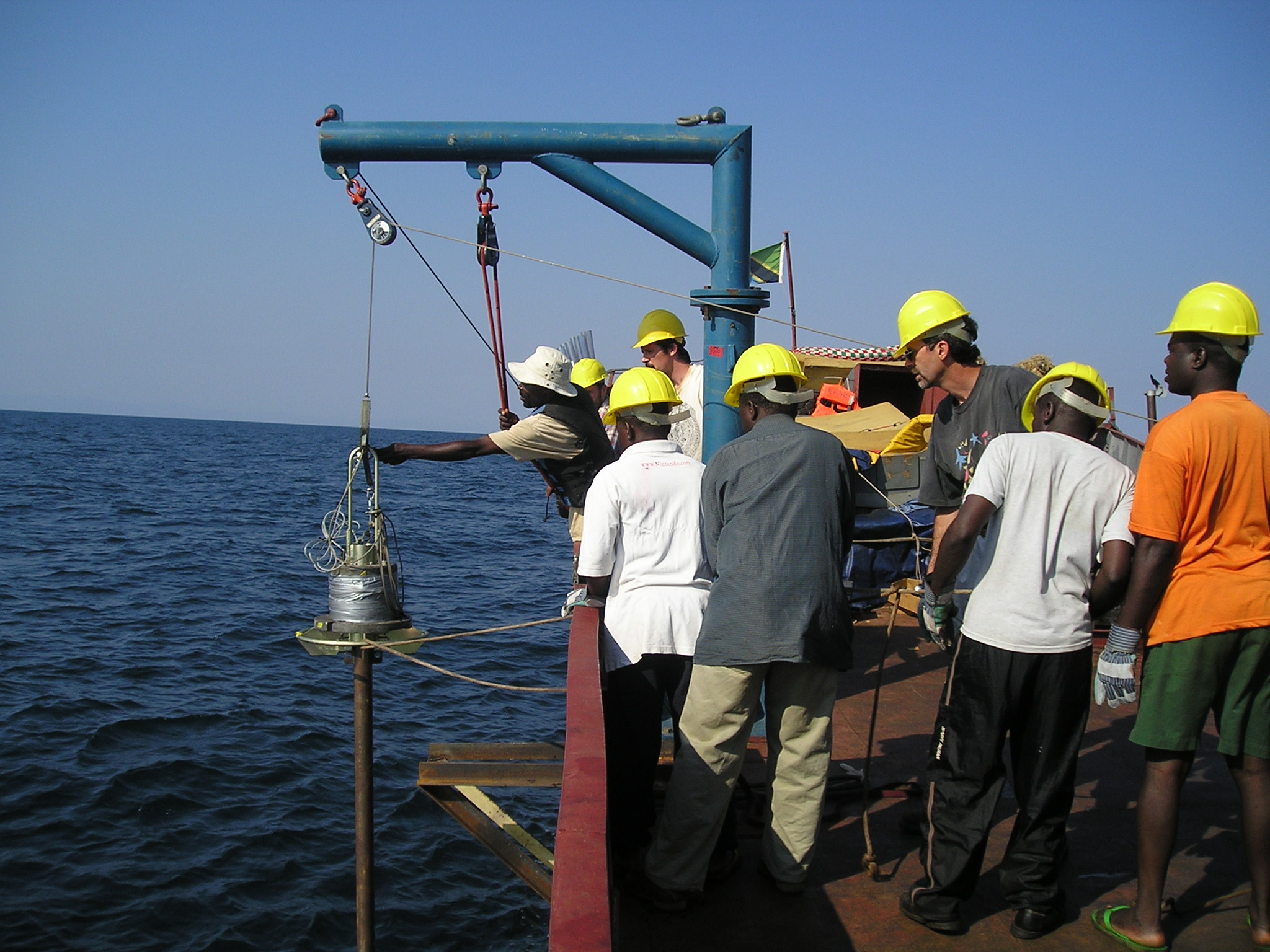 New study by Kiel University decodes climate history of the past 40,000 years in tropical East Africa

Temperatures in East Africa have a decisive influence on the global climate cycle. They determine the transport of heat and moisture to the northern and southern hemispheres and thus also control the climate in Europe. How exactly temperatures in East Africa developed in the past is the subject of an international study led by Kiel University (CAU), which was recently published in the journal Nature Communications. The research team led by Dr. Thorsten Bauersachs has succeeded for the first time in developing an organic temperature indicator, a so-called proxy, with which the climate history of tropical East Africa could be reconstructed over the past 40,000 years on the basis of sediment deposits from Lake Tanganyika. With the help of this new proxy (HDI26), the team was able to prove a temperature increase of about 4° C over the past 18,000 years, of which about 1° C in the last 250 years alone.

Sediment deposits, whether in lakes or on the seabed, are valuable natural climate archives and provide information about the conditions in a particular Earth age. Paleoclimate researchers can determine parameters such as the oxygen content in the atmosphere, the vegetation, but also the temperatures in a region and thus classify their influence on the development of the global climate. For this purpose, they use so-called proxies, which can be physical, biological or chemical indicators with which environmental parameters are precisely recorded.

Such an organic temperature proxy, the HDI26 (heterocyte diol index of 26 carbon atoms), has now been developed by Dr. Thorsten Bauersachs from the Organic Geochemistry group of the Institute of Geosciences at Kiel University together with an international team of researchers. This makes it possible for the first time to simulate the water temperatures of continental waters. With the help of HDI26, the team of scientists has succeeded in reconstructing the climate history of East Africa over the last 40,000 years using sediment deposits from Lake Tanganyika, Africa’s second largest lake. The temperature in the tropics had increased by 4° C since the end of the last glaciation phase about 18,000 years ago, including about 1° C in the last 250 years alone. “This means we are a decisive step closer to deciphering the climate history of the past,” says paleoclimate researcher Thorsten Bauersachs, who has worked closely with American and German colleagues at Brown University and MIT (Massachusetts Institute of Technology) as well as the Technical University of Braunschweig over the past few years. “We suspect that this strong rise in temperature may have decisively increased the occurrence of extreme weather events around the world,” Bauersachs continues.

The HDI26 is based on the distribution of lipids synthesised by cyanobacteria. These bacteria, also known as blue-green algae, occur worldwide as part of the phytoplankton in lakes. Especially in the warm summer months, they can multiply en masse and then form extensive toxic cyanobacterial blooms. In doing so, the bacteria adapt to their respective ambient temperature and thus archive the climate signal of past times in the sediment deposits of lakes and other standing waters.

During the fieldwork in East Africa, surface sediments were taken from lakes on an altitudinal gradient between 600 metres and 4,500 metres above sea level and water temperatures between 5°C and 28°C. “The HDI26 showed an exceptionally high correlation with the annual mean temperatures of the surface water of these lakes. A circumstance that for the first time allowed us to create a calibration with which we can convert HDI26 values into concrete water temperatures”, Bauersachs summarises the results. The fact that the cyanobacterial lipids were found in a wide range of lakes from polar to tropical latitudes in further investigations makes the research team confident that the new temperature proxy can be used worldwide and will contribute significantly to the reconstruction of global climate trends in the past. Currently, the HDI26 is already being used in other research projects, such as the DFG-funded study “Causes and consequences of climate variability and hydrological change in the northern Neotropics during the last glacial/interglacial cycle”, in which the climate history of the tropics of Central America is being reconstructed together with researchers Antje Schwalb and Liseth Perez from TU Braunschweig.

Source: Press release of the University of Kiel