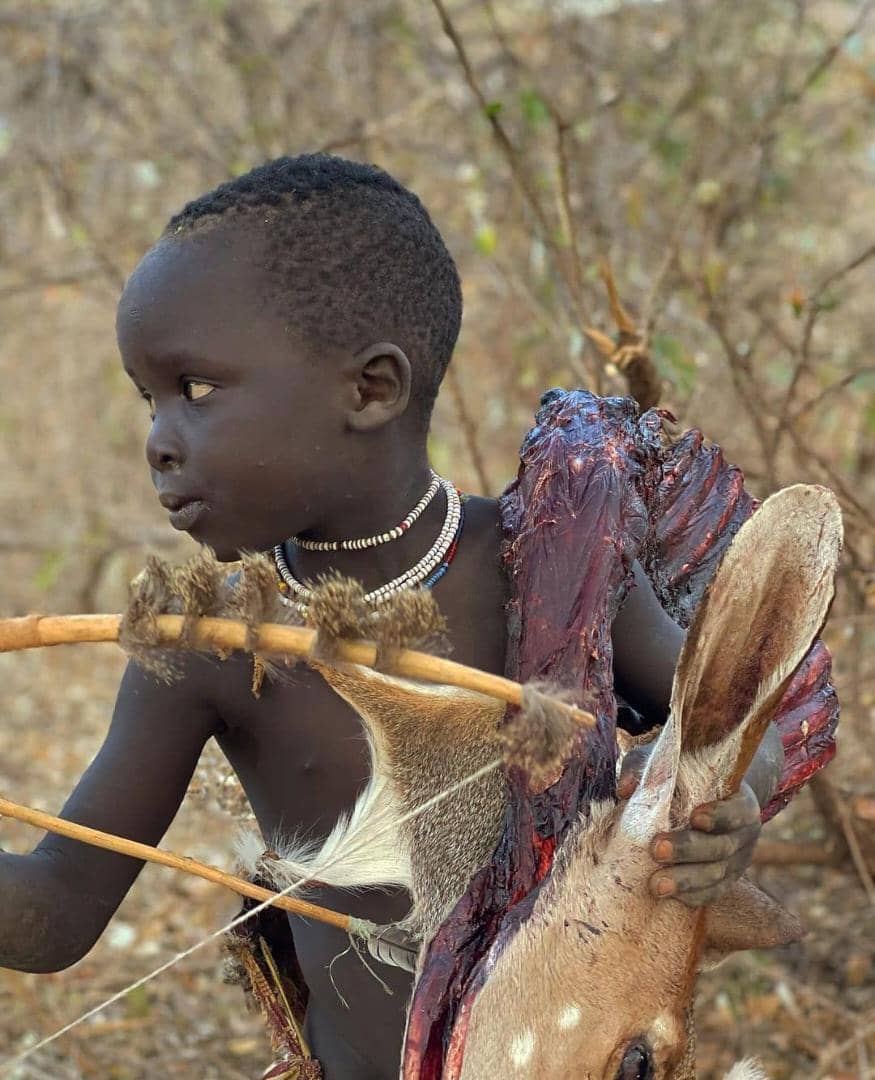 by David Suddy from Tanzania

Aruscha in Tanzania: The Hadza tribe, also known as Hadzabe, are a native ethnic group found in north-central Tanzania. They live around Lake Eyasi in the central Rift Valley near Mang’ola town. They can also be found in the neighboring Serengeti Plateau. From the current population census  the Hadza tribe people living in Tanzania are less than 10000 i.e they are one among ethnic groups in Tanzania who have small population compared with other ethnic groups. These people are among the pure representative of African culture. Many visitors to Africa are familiar with the Masai people, the Hadzabe of Tanzania’s Lake Eyasi region are no less fascinating or representative of African culture. Apart form Maasai, Mang’ati, Sandawes, genetically the Hadzabe are not the Bantu-speaking people. The Hadza tribe language, also called Hadzane, was once grouped as a Khoisan language, mainly because it has click sounds.  However, its use is limited to certain aspects of life, for instance, to the home. The Hadza language is also regarded as the most important factor in knowing who is and who is not part of the Hadza ethnic group. In recent years many Hadza tribe have learnt Kiswahili, Tanzania’s national language, as a second language.

This kind of tribe is like antique and vintage because they stick to their very principles and traditions i.e. their total ways of life is primitive and original as the ealier human population during the early to iron ages. Therefore  the Hadzabe are one of the last tribes to stay true to their tribal history. Existing far from the crowds and globalization that inevitably follow tourism, they have maintained their principles and culture while they existing as much as they always have. Hadzabe Men basically hunt and bring home honey to feed their families, while women and children gather fruits, berries, and roots with which to supplement their diet.

Furthermore this kind of Hadzabe people who are living hunter-gathering lifestyle can’t understand the financial matters; in other words we can say they have no experience in monetary issues since the level of illiteracy is very high in this society. No demand of money in this society since with their primitive lifestyles they can survive the adversary of nature wih no need of money.

The Hadza tribe has been coming in contact with herding and farming people entering Hadza tribe land and its vicinity since the way back. These interactions were mostly hostile and led to a decrease in population in the late previous century. The neighbouring agro-pastoralists were generally prejudiced against the Hadzabe people. They regarded them as underdeveloped and uncivilised people who had no “real language” and were largely made up of the dispossessed people of neighbouring tribes who had run away into the forest due to poverty or because of the crime they committed. Many of these misinformations and misconceptions were passed down to early colonial visitors that wrote about the Hadza tribe. Oftentimes, pastoralists murdered members of the Hadza tribe as retaliation for the “stealing” of livestock. The Hadza tribe didn’t have the idea of pastoralism and animal ownership thus they would hunt them like they were wild game.

Since then, many attempts have been made by colonial governments, foreign missionaries and the independent government of Tanzania to settle the Hadza tribe by introducing Christianity and farming. These attempts have largely beared no fruits as many Hadzas still live almost the same way their ancestors were described to have lived. Despite many attempts, some of which were forceful, there has been no success. Generally, the Hadza voluntarily settle for a time while the provided food supply lasts. Once the provisions finish, they leave to continue their traditional hunter-gatherer lifestyle. Only a few have embraced farming as a way of life.

The Hadzabe tribe doesn’t follow a Regular religion, they believe in life after death, or engage in their traditional worship. They pray to Ishoko (the Sun). In recent times, they have faced pressure from neighbouring tribes trespassing on their land. Safari hunting and tourism have also affected them. That is to say their traditional way of life is threatened by encroaching pastoralists as well as the increasing impacts of tourism.

Tanzania farmers started moving into the Mang’ola area to plant onions from 1960’s , but they didn’t go there in large numbers. Geneticists, anthropologists, linguists and other researchers have regularly visited the Hadza tribe since the 1960s. The influx of various ethnic groups to Mang’ola still put pressure of interaction with the Hadza people but they have not negatively affected them  and then Hadza  maintanied their cave- living and forest- dwelling lifestyles.

Moreover diseases are another problem the Hadza tribe faces because its community is isolated and sparse; few Hadza people have immunity against infectious diseases like measles that thrive in sedentary communities. Several attempts to settle them ended with outbreaks of illness leading to many deaths, especially of children. The Hadzabe people live in caves near Lake Eyasi, and their isolation and shrinking numbers have allowed them to avoid the HIV pandemic  and other diseases that have spread due to intertribal marriages.

To the final analysis the Hadza people is one among the population segments in Tanzania that was free from COVID-19 infections since they are far from town population and informations.Therefore through their socio-economic aspects they are the last men standing or true survivors of globalization and modernization that’s why it is regarded as Unique, Antique and vintage kind of tribal population to ever existed in Tanzania and Africa at large.