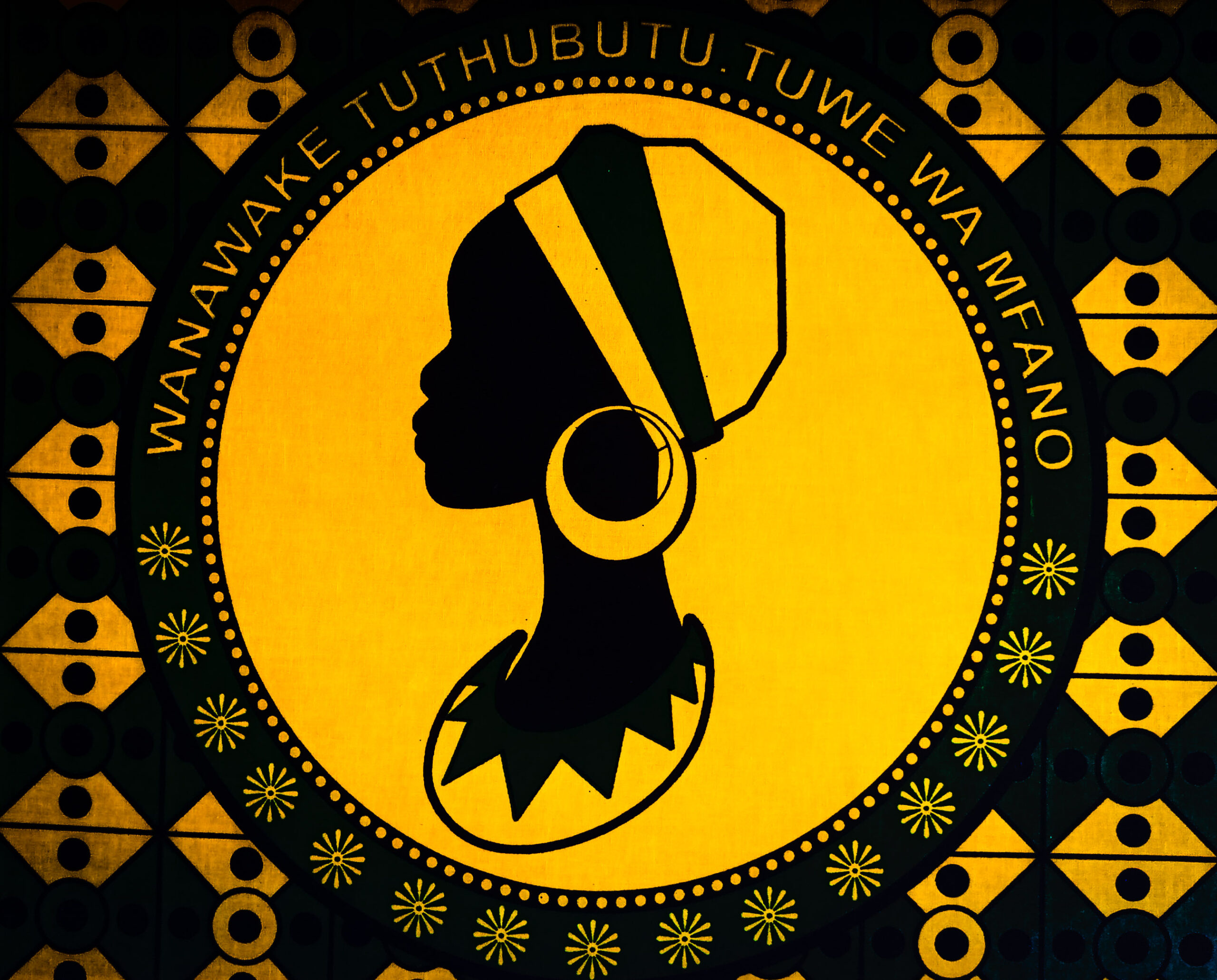 She was once a baby girl who turned into a girl and eventually a grownup woman. She is also being referred to as mother, wife, daughter, sister or aunty when it comes to relational attachment to others. Regardless of ethnicity, religion, skin color or language she speaks; her binary classification gives her a unique identity. With that she has been referred to as a female and this gave rise to feminism, a movement fighting for her rights and liberations.

Her presence brings life, her responsibilities are enormous and her actions are impactful be it in a family, community or national level. She is a confident being demonstrating power, enthusiasms, determinations, capabilities and strengths. Yet her feelings are tender and fragile, her voice need to be heard, her challenges manifested and her burdens liberated. Indeed, she is an ‘African woman’.

It is no wonder to see the silhouette of this life giver, caretaker and bread winner of the family disappearing in an early dawn and reappearing in the sunset; or her shadow casted fully day and night in the pursue of domestic chaos, caring her very own established nursery and the so-referred ‘man of the four walls’ with her efforts not appreciated at all. In remote areas it is common to find this being with beautiful child on her back, bucket or bale of firewood carried on her head and luggage on her hands walking several miles back home from farms, forests or wells.

Certainly, she lives in a complex societal chain; within the light of love, kindness, friendship, support, and understandings she is flattered; this fires her heart with joy and glitters her face with smile and happiness. Notwithstanding, this human being is also exposed to harsh conditions of violence, discriminations, suppressions, oppressions within the society she lives hence turning her image into waterfalls as currents of tears flow on her face meanwhile her heart bleeds in grievances, sorrows and pain of which she endures.

An African woman is a marginalized being despite her strengths within most African societies. This wonderful figure is portrayed as weak or incapable hence exposed to challenges of inequalities, isolations or violations which subject her to great life risks, insecurities, ignorance, poverty, predicaments and dependences. Cultural relativisms, patriarchy societal norms and other malpractices contribute to this, not forgetting male chauvinism.

This has been evidenced in number of issues such as gender-based violations, inequitable participation in decision making, political and public life; lack of access to education, economic and financial opportunities; harmful cultural practices of which some impacts her sexual and reproductive health; physical discriminations; unfair labor divisions; unequal pay or limitations to ownership rights.

Women’s struggles and battles are real, it has never been easy for women to achieve the social justices. The hustles and experiences are different from one another depending on the environment, context or circumstances one is exposed to. But for how long will this condition of looking down into women last? The era must come to an end as African women need to be respected, they deserve to be given equal rights and access to opportunities just as men.

Huge efforts have been done worldwide to fight for her rights; voices raised to emancipate her thoughts and mindsets; and movements initiated to support her endeavors so that she can realize her dreams and make a perfect life.

Organizations and institutions as platforms that support, observe practices and call for actions which either protect or empower women have been established worldwide. This is to facilitate women participation in decision making bodies, ensure full integration of women in economic and social development, or accelerate the promotion of women rights including of those in Africa.

A good example of manifestation of these efforts is UN Women under the current Executive Director Hon. Phumzile Mlambo-Ngcuka, that has been operating for over ten years since it was created by the United Nations General Assembly in July 2010. It is one of the international organizations that is entirely dedicated to address gender equality and women empowerment by and working together with governments and civil societies of member states to design laws, policies, programs and services that will benefit women and girls worldwide.

The Pan African Women’s Organisation (PAWO) which has been given an observer status by the African Union has got similar intentions of promoting human rights and gender equality by bringing together African women in to achieving the goal. It was long established before the UN-Women, as it was founded in Tanzania during the year 1962 when the country was still referred to as Tanganyika before its unification to Zanzibar.

The efforts are progressive and the outcomes have been vividly seen in various sectors. When it comes to the structural changes, over years Tanzanian women demonstrated great capabilities of holding major political and diplomatic positions. In the year 2004 Hon. Gertrude Mongella was elected as the President of the African Union’s Pan-African Parliament. Between the years 2007-2012, Tanzania’s Dr. Asha Rose Migiro became the Deputy Secretary General of the United Nations. In 2015, Her Excellency Samia Suluhu Hassan was elected as a first female Tanzanian Vice President. In deed this is a great transformation.

The involvement of women in leadership positions has gone even further. According to UN Women-Africa, through some political reforms Tanzania had 36.8 percent of women as the representatives in the parliamentary seats and 19 percent within the cabinet by 2018. Not only this has been achieved, when it comes to the economic sector, more than 50 percent of women population participate in micro, small and medium enterprises.

Responsive laws, policies and set of standards or guidelines specific for particular society must be put in place to enhance women empowerment and equalities meanwhile alleviating or eradicating all forms of discriminations and gender violence. Sitting back, wishful thinking, and optimism alone is not a solution. But vigilance to the cause and dedication to the fight for women’s rights is the only way that will bring total women liberation and mental emancipation.

Taking the right actions at the right time while every woman is playing her part and staying committed to the right cause, duties and responsibilities will definitely make an African woman to overcome and prevail the injustices. It’s the little things which are done in daily life that matters and make the difference.

Every person can therefore act as a catalyst for change of behavior towards gender equality and accord proper respect for women. It is only through this that tears can be wiped from women faces, heavy burdens released from their shoulders and sorrows erased from their already bleeding hearts. If we can succeed putting an end to male chauvinism, then achieving gender inclusivity and equality can be made possible. This world of ours will be a better place to live in for both male and female alike.

All the humankind regardless of race, ethnicity, colors, sex or religions must stand together in unity, friendship, cooperation and commitment to promote awareness on and protect women rights. Every person can become their voice; can be a robe of humanity that spreads love and kindness to the female generation.

Celebrate life, celebrate smiles and celebrate all women and girls in Africa and all-around world.

Journalism from Africa for Africa. A story of Chang’ombe village community by Adrian Mapunda from Tanzania